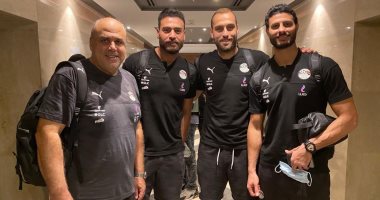 National team players and technical, administrative and medical staff suffer from health isolation at the residence hotel after returning from Togo on Wednesday morning, where the mission spends 24 hours in the hotel until the results of the survey after returning from Togo to check and prevent the safety of players and mission members. anticipated the emergence of positive cases after the infection of Muhammad Salah and Muhammad al-Nani Corona.

The Egyptian team won 3-1 against the Togolese team on Tuesday evening in a match at the “Kijet” stadium in the fourth round of the 2022 African Nations qualifiers, and the Pharaohs got an important and difficult victory in the match against Togolese last Saturday in Cairo. With a clear goal, Mahmoud Al-Wensh scored.

With this result, the team scored three points and scored Group G with 8 points, compared to the Comoros team, is in second place with the same score, and the Kenyan team’s balance was 3 points in third place and Togo in last place in the group. one.

Amr Al-Ganaini, head of the five-year committee, said in a televised statement that he called on the head of the mission to congratulate Mohamed Fadl and that the players will get a good reward after the victory, which was achieved with excellent performance, and added that Hossam Al-Badri and in the wild and that Mohamed Salah has not participated so far. With my current technical apparatus and my unlimited confidence in Hossam El-Badry and his technical apparatus, I congratulate him, confirming that he called Mohamed Salah and reassured him that things are stable and that he has no symptoms. The same is true for Muhammad Al-Nani, who does not suffer from symptoms..