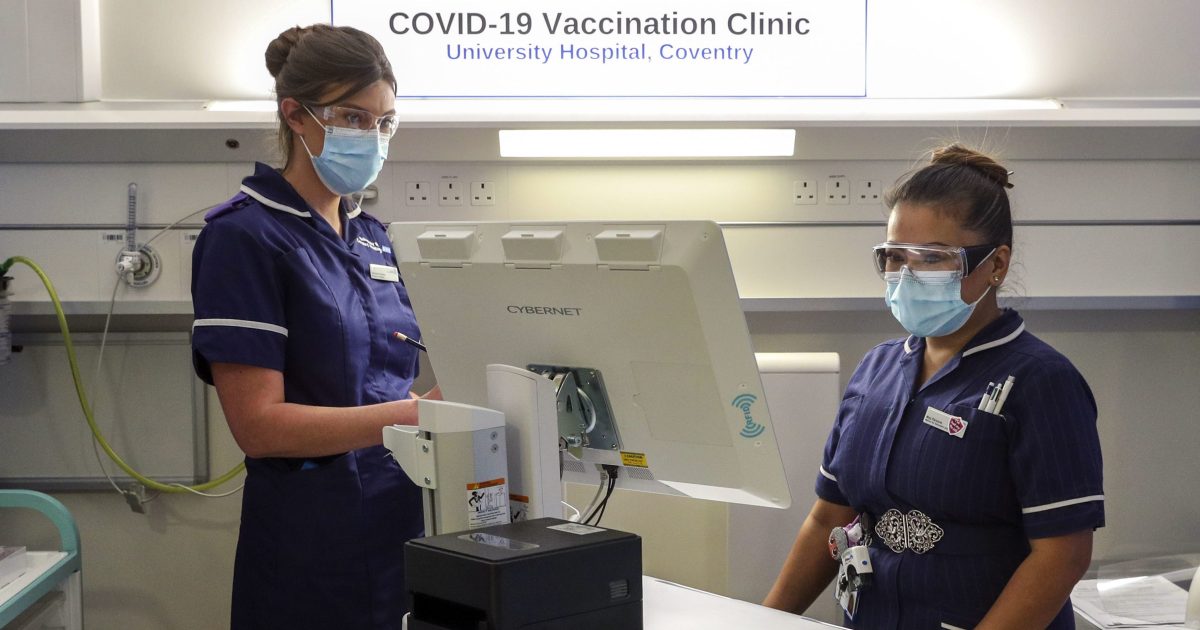 Here are the latest updates:

Authorities have confirmed 457 deaths associated with COVID-19 in the past 24 hours, bringing the official death toll to 43,141.

The Argentine Senate exceeds the “Millionaire Tax” to alleviate the virus

The Argentine Senate has approved a tax on the country’s 12,000 richest people to pay for coronavirus measures, including medical supplies and support for poor and small businesses.

In a session broadcast live on YouTube, and after a long and polarizing debate, the so-called solidarity contribution was legally signed with 42 votes in favor and 26 against, as the pro-government alliance made the majority flexible.

Germany has confirmed that there are 17,767 more coronavirus cases

The number of confirmed coronavirus cases in Germany has risen from 17,767 to 1,171,323, according to data from the Robert Koch Institute (RKI) infectious diseases.

The UK is preparing to roll out the COVID-19 vaccine

The first doses of the Pfizer-BioNTech vaccine will be given on Tuesday, with the National Health Service (NHS) giving priority to vaccination to people over 80, primary health care workers and home care workers and residents.

The United Kingdom on Wednesday granted permission to use the vaccine for emergencies, the first country to do so. In total, the government ordered 40 million doses, enough to inject 20 million people into the country of 67 million people.

Queen Elizabeth II of Great Britain will receive the vaccine within a week, Mail reported on Sunday. The monarch, who is 94 years old, and her 99-year-old husband, Prince Philip, are in line to receive early treatment because of their age, the report says.

Orders are being issued by provincial governments across China to carry out experimental vaccines against coronavirus at home, although health officials have yet to say how they work or how they will be given to the country’s 1.4 billion people.

The Chinese pharmaceutical industry is testing at least five vaccines in more than twelve countries among four producers, including Russia, Egypt and Mexico.

Meanwhile, mainland China has reported 18 new COVID-19 cases, more than 17 on Saturday, the national health authority said. The new asymptomatic cases, which China does not classify as confirmed cases, fell to two days 12 days earlier. The number of confirmed COVID-19 cases in mainland China so far is 86,619, and the death toll is 4,634.

The South Korean government has tightened physical distance conditions in the capital Seoul, the Yonhap news agency said, adding that the country has been suffering from the largest coronavirus infections in nine months.

South Korea has reported 631 new coronaviruses, bringing the country’s total to 37,546, with 545 deaths.

The Australian state eases restrictions on “COVID safe” in the summer

The state of Victoria in Australia has eased the restrictions after 37 days of burning the country’s pandemic sites without coronavirus infection, leading to a “safe COVID” holiday.

As of midnight on Sunday, up to 100 people will be able to attend public gatherings such as weddings, keeping the density rules for a two-square-meter person, 50% of office workers will be able to return to work by Jan. 11, now 25 percent, the state prime minister said.