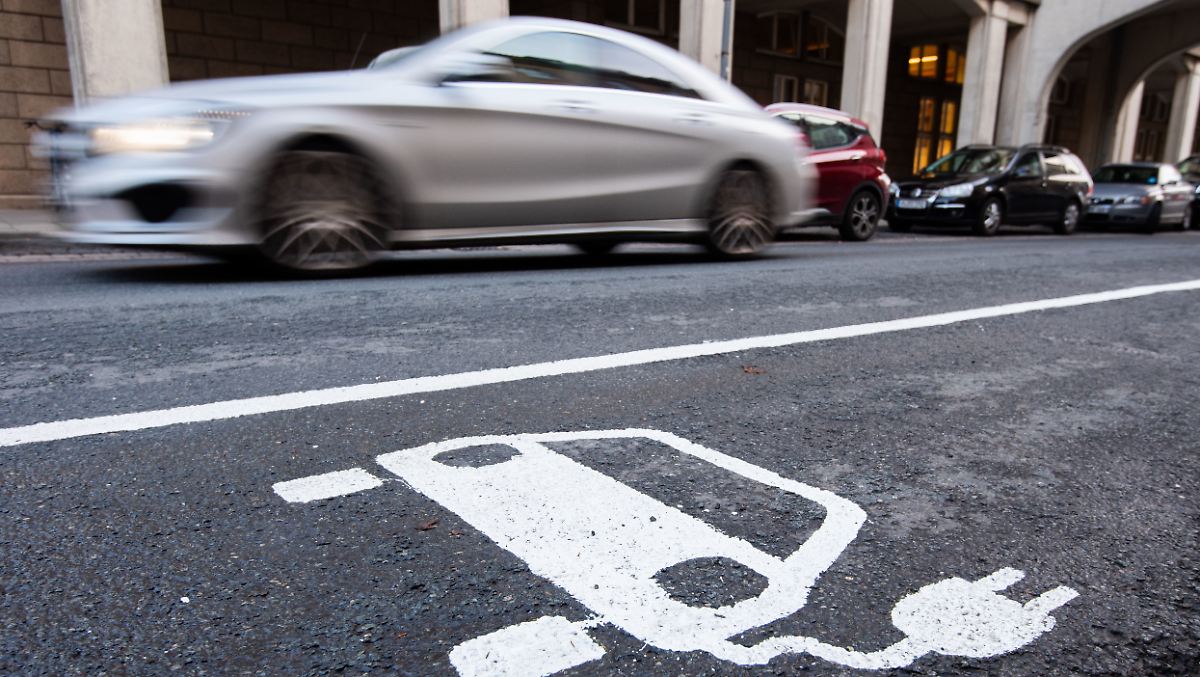 With a total of five billion euros, the state wants to turn the post-pandemic car industry into a tidy one – eliminating e-car purchase premiums and truck bonuses. The reactions are contradictory.

The federal government wants to help the automotive industry, which is sick of the crown and climate crisis, with billions more and changes. Immediately after a meeting with the industry under the leadership of Chancellor Angela Merkel, the government agreed in the afternoon on a new package of a good three billion euros. More purchase premiums and a change support fund are planned. According to government spokesman Steffen Seibert, a total of about five billion euros are available. The new aid was justified by “long-term structural change” which led to “major challenges”.

At the same time, Seibert has admitted that the automotive industry “after a significant drop in sales in the first half of the year” is now showing “signs of a first recovery”. Two billion euros in aid had already been promised from the stimulus package for the supplier industry. With support, the key industry will successfully master this test, said CDU Economy Minister Peter Altmaier.

Environment Minister Svenja Schulze stressed: “We want to combine the way out of the economic crisis and the climate crisis.” The highlight is modernization. “This boost will benefit the automotive industry in the long run,” the SPD politician said.

The key element is to increase the premium for buying electric cars from 2021 to 2025. It will cost one million euros. Another million euros are earmarked for the premium for disposing of old trucks if they have bought new trucks. This can also be new diesels. In addition, the “Future Fund for the Automotive Industry” is being re-launched with one million euros to promote innovation and transformation. The fund’s goal is to develop “transformation strategies” for the automotive industry in the medium and long term, Seibert said. The aim is to join forces and achieve “cooperation between the federal, state and regional levels, but also cooperation between companies, unions and science.”

A spokesman for the Fridays for the Future (FFF) climate protection movement has criticized the investment package as a “deadlock in the mobility transition”. In particular, he condemned the “purchase premium for dirty hybrids”. The government and lobbyists invited to the car summit would delay the “sustainable transformation of the car industry,” he told AFP. In the end, this only hurts the employees.

However, approval is given by the German automotive industry and IG Metall. Hildegard Müller, president of the Automotive Industry Association (VDA), explained that extending the “innovation premium” for electric cars and other tools is a support for climate protection and economic strength. “Every week we bring 12,000 new cars to the streets in Germany.” But these would now also require a lot of new electronic charging stations. IG Metal chief Jörg Hofmann said a program for the exchange of heavy commercial vehicles should be viewed positively in order to get more financial support. It will also apply to the increase in the allowance for electric and hybrid vehicles. In the industry, especially in the case of many suppliers, the harsh employment situation necessitates the rapid implementation of measures.

In the afternoon, the chairman of the transport committee of the Bundestag, Cem Özdemir of the Greens, criticized the fact that so far the federal government has gone “from car summit to car summit”. But that alone “cannot successfully transform our most important industry.” According to Özdemir, the federal government’s efforts to turn traffic around are not enough. “We need to strive in all important areas to achieve technology leadership,” the Green politician told the Neue Berliner Redaktionsgesellschaft newspapers. If next year the Greens govern together at the federal level and appoint a new federal Minister of Transport, there will still be no sudden end to internal combustion engines, Özdemir stressed.

The FDP wants to “deregulate” it

Meanwhile, the FDP pushed for deregulation in the car industry during the crisis. “Germany’s main industry must be freed from the chains of fleet boundaries as soon as possible,” demanded Frank Sitta, vice-president of the FDP parliamentary group. The long-term recovery of the automotive industry can only be achieved by “opening up to technology and innovation” in terms of comprehensive climate protection, because even synthetic fuels are “no longer slowing down”. FDP President Christian Lindner has called on the federal government to stop the EU Commission with a view to achieving more stringent emission values. “The federal government must reject such plans as soon as possible,” he said in Berlin. “The fact that Environment Minister Schulze has to direct negotiations for Germany for all people should be an alarm signal for the German economy.”

Unions and associations pushed for more state support for the car industry in the field of electronic mobility. Environmentalists, on the other hand, view the industry as responsible. The environmental organization BUND warned against further “tax gifts” for the automotive industry. JUND Hilgenberg, a Bund traffic expert, said it would be “unacceptable” to extend funding for the purchase of electric cars and hybrid plugs from 2021 onwards. Especially in the case of plug-in hybrids with partial electricity, the support is “lethal” from a climate protection perspective.

The balance between economic aid and climate protection

Chancellor Merkel exchanged ideas with representatives of the automotive industry about the future of German industry. The so-called Concerted Mobile Action includes several federal and prime ministers attending the virtual car summit, as well as union representatives and leaders of the Union and the SPD.

The industry is currently under pressure: on the one hand, while the economic consequences of the crown crisis are putting many suppliers in a difficult situation, on the other hand, the conditions for climate protection and emissions are on the rise. In addition to increasing the charging network for electric cars, the allowance for throwing trucks in particular has caused controversy in recent times.