The Mercedes EQC now runs on an 11 kW charger 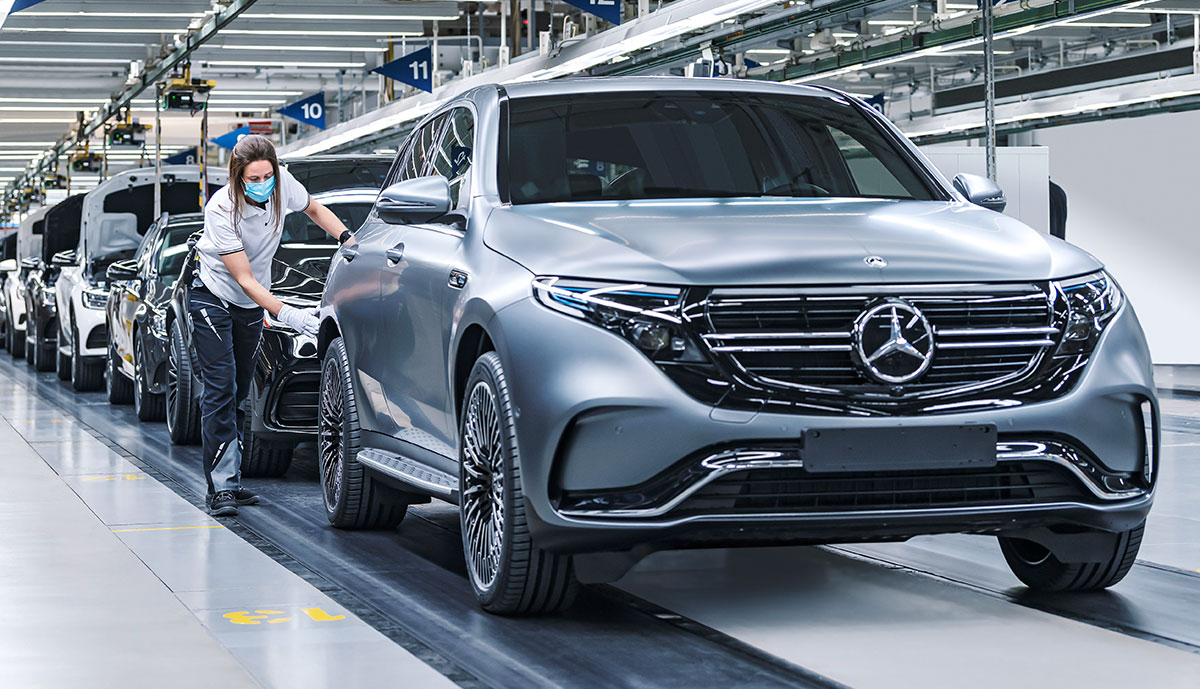 The Mercedes-Benz EQC will in the future have a water-cooled charger with an output of 11 kW. This significantly shortens the charging time at home in the wall box and charging stations at public stations to the first member of the EQ family of electric cars, which was introduced in 2019.

EQC is integrated into the ongoing series production at the Mercedes plant in Bremen. There, the GLC is produced in the same line as the combustion SUV, as the base. According to the media, the EQC is selling worse than expected so far, which is likely to be due to the relatively low range of 390 kilometers according to the WLTP standard.

Meanwhile, it seems that the demand for EQC, which costs 16 per cent of VAT at 69,484 euros, is growing: according to Mercedes, around 2,500 units were delivered in September – so far, the company was covered in specific sales figures. Originally, 50,000 units were to be manufactured this year in Bremen and Beijing, but this goal is likely to be clearly lost.