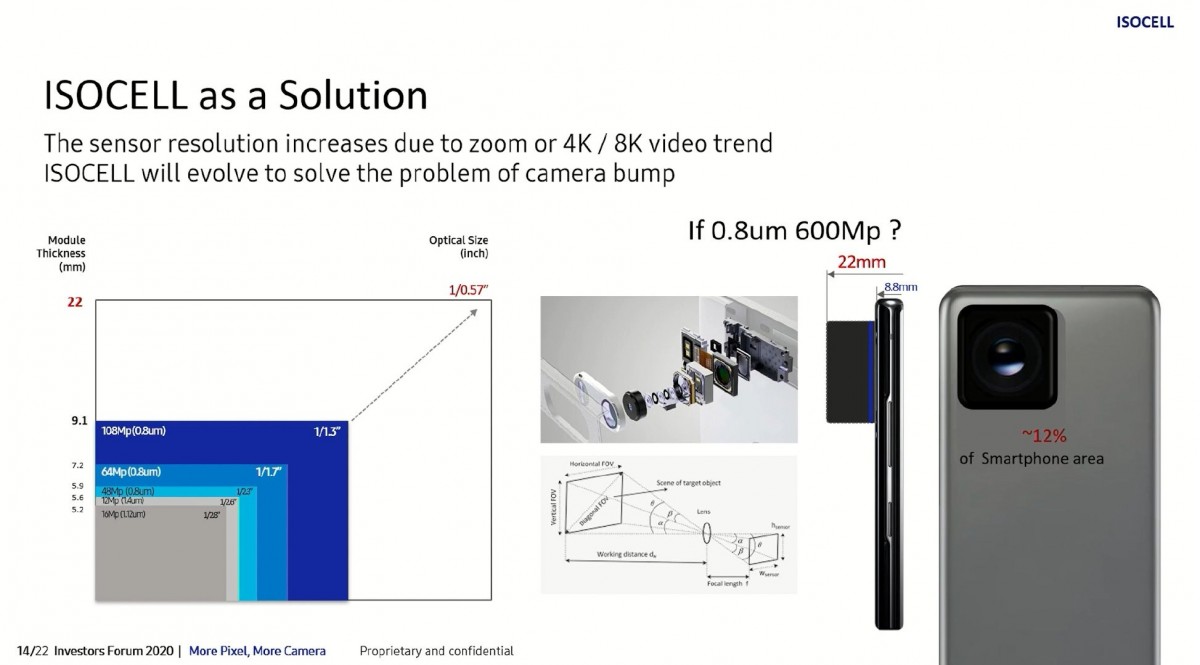 According to a tipster who seems to have very good connections with Samsung, the company is working with a 600MP camera sensor. And to prove his point, he apparently shared a slide that came from a presentation. In short, there is no reason not to believe him.

The slide shows a lot, as 4K and 8K video recordings are becoming commonplace, Samsung wants to offer a much larger sensor that will allow for very large videos without sacrificing quality.

However, it has a serious problem to solve. And it’s not because of the camera’s impact, as it’s estimated to be 22mm.