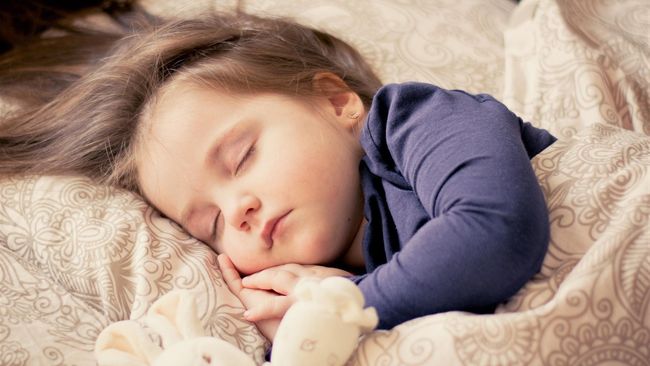 Diabetes attack not only adults but also groups of children. Early detection and appropriate treatment can be performed kids with diabetes a better quality of life is achieved.

Diabetes occurs when the insulin hormone does not work properly. In fact, the body needs the hormone insulin to convert blood sugar into energy. As a result, there is an accumulation of blood sugar.

Although more common in adults, this chronic disease also occurs in many groups of children. “Children’s diabetes is also a rather worrying situation,” Dr. Novina, a pediatric endocrinologist, said at a media meeting with the Ministry of Health on World Diabetes Day on Tuesday (11/17).

Worldwide, 1.1 million children have diabetes mellitus (DM). It is often said that the increasing number of obesity has contributed to the increase in DM cases.

Types and Causes of Diabetes in Children

There are several types of diabetes in children. In most cases type 1 DM predominated. Not only in children and adolescents, type 1 diabetes mellitus also sometimes affects infants and children.

Type 1 diabetes is caused by an autoimmune disorder experienced by children. In this state, the immune system damages or destroys the pancreas, which in turn produces the hormone insulin.

Low levels of hormonal insulin can lead to increased blood sugar levels and damage to other organs and tissues.

“This type of diabetes can start very early,” Novina said. IDAI states that type 1 DM can begin at 6 months and reach a young adult.

Type 1 DM, Novina continued, is generally acute and develops rapidly. To do this, you need to get proper treatment from an early age.

To date, there are uncertain factors that cause the onset of type 1 diabetes in children. Some children with risk factors such as family history, history of viral infections, and poor diet are said to suffer from type 1 diabetes.

Not only did they report type 1 diabetes, some children also have type 2 diabetes, although they have a smaller population. Type 2 diabetes is when insulin resistance or cells in the child’s body make it difficult to use insulin as energy for blood sugar.

However, type 2 DM usually begins in adolescence. This type of diabetes generally develops slowly in children, sometimes not even seen or detected.

Novina suggested that parents begin to examine children who know they have risk factors. Screening can be given when the child enters puberty or is more than 10 years old.

Symptoms of diabetes in children

DM symptoms are evident in children. Here are the symptoms:

All of these symptoms, Novina said, will affect the child’s growth process. “Children often get sick,” he said.