“I hope that next year we will enjoy you and yourself much more often” – Football – Sportacentrs.com 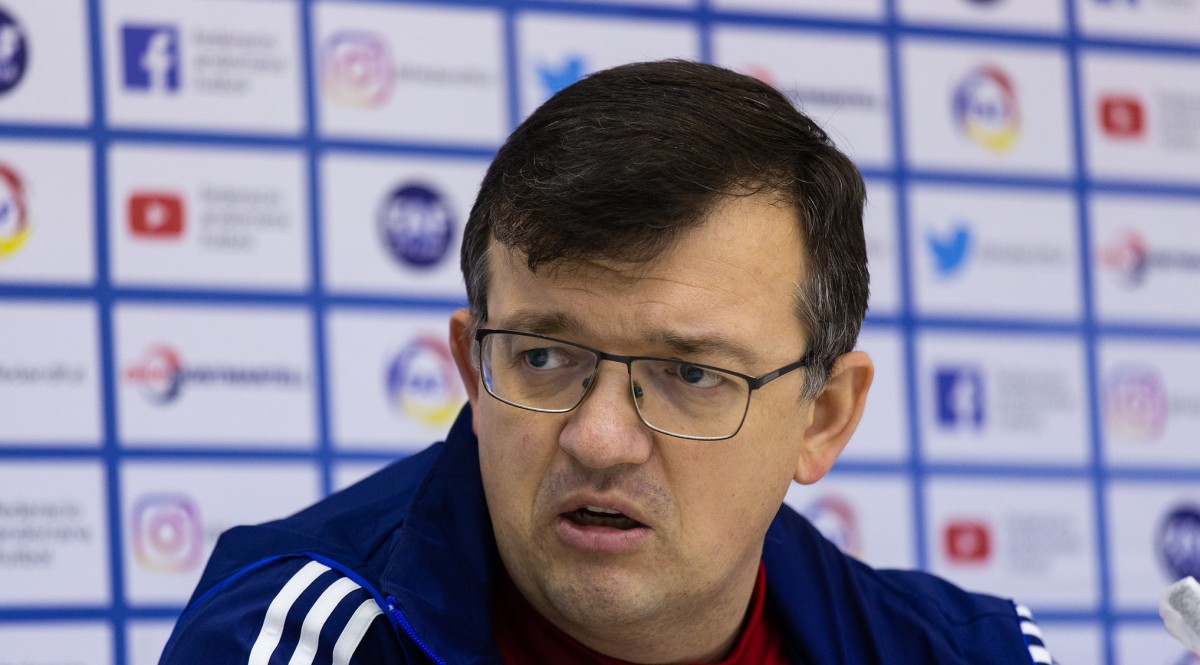 – I’ll be pretty laconic. I want to congratulate the team for the victory. As expected, the match was not an easy one, despite the convincing result. Congratulations to the guys, congratulations to the whole team and for my part I would like to thank all the fans who wished us luck and helped us. That was very important to us.

– Did you expect such dominance before the match? (Question from an Andorran journalist)
– We were preparing to play enough active and aggressive football and impose our style of play on our opponents. However, I will repeat that, despite the convincing result, the game was nervous until the second year. So when we were preparing for a game like this in the attack, but considering that we weren’t doing so well when the moments in the first game came to fruition, it’s clear that there was some nervousness until the second goal. As I said, we expected a difficult match, and it wasn’t easy at all. It is clear that in the second half, entering the second goal and continuing to increase the difference, the game became easier, we controlled more. Therefore, it may give a false impression that the game has been easy. It wasn’t easy, but our dominance was pretty noticeable.

– From the very beginning, they all ran and played an attack I didn’t remember. The logical question: why has it been today, but not in previous games?
– All the games are different, and tonight will allow me to talk more about today’s game. That was the plan. Offensively, we started actively, it was important to take the initiative from the first minutes of the match to avoid creating a counterattack and to slow down the pace. Therefore, this first goal win was certainly very valuable. That was the exact plan of today’s game. It is clear that each game is different due to our functional position and the style of play of the opponents, so each game has a different strategy. As for today’s game, that was the main idea – very well, he was crowned with an early goal win.

– How does this game compare in quality to the other five games of the League of Nations?
– As I said, each game is a different story. We see directly against Andorra, if we compare the first and second games against them, the advantage of this game was that we were better organized this time, we spent more time together, and they were better at some points of the cooperation attack than in the first game against Andorra. Some of the Nations League games, in my opinion, were as good as this one, but maybe the result wasn’t so successful for us. From a quality standpoint, it was a good enough game in terms of both result and quality, considering how difficult it is to play against the opponent and this opponent (especially away), but many other games also did worse for us, but unfortunately did not give the expected result.

– Did all the footballers realize that they didn’t have to be provoked, as the first few minutes were pretty tough and in the end Gutkowski, who already had a bad experience against Andorra, showed his opponents a couple of rough gestures?
– Of course, we have talked about it and we have prepared the team, which should take into account the peculiarities of Andorra in this regard. We tried to remind each player again during the match, but we were looking for balance so that we could be a little more active in the contact game. Probably someone had no control, but overall we didn’t give in to the provocations and didn’t let our opponents get over the pace of the game, which also led to goal gains.

– Complete the topic about the specifics and provocations of the opponent. The players seemed to be positively dressed and responded well to the Andorrans, showing who the host was. Has this approach to reciprocity, rather than ignoring provocations, benefited?
– Yes, we also talked a bit at the press conference before the game, that it is important to be active on the field and to have sensible activity. It was very important not to overdo it so that there would be no major interruptions and we would not do too much. It seems to me that we have achieved this balance almost well and have not allowed our opponents to drag the referee in their direction. There was mutual pressure and intransigence, and that was one of the prerequisites for a successful outcome today. I think it worked well.

– Luckily, everyone survived unscathed? Was Zjuzina’s change so early?
– In the case of the right, his change was due to an injury, he could not continue the game. He felt the old injury he was being treated for again, he continued to play in the first half, but at the break he said he would not be able to play for a very long time. That’s why we were preparing for Savelev’s change during the break. Everyone else is healthy, at least for now, with no injuries. In this respect, we have managed without such a difficult game [jauniem] injuries. That’s also a positive thing.

– Did Kroll have to hit the last pendulum?
– That was his third goal of the match – a hat trick for the team [Antonijs Černomordijs] along with the players and I think I made a good decision. Raimonds scored a good 11-yard penalty kick and also hit it successfully. No, no, it was a decision based on the situation, because when they replaced Gutkovskis and Jānis Ikaunieks they would act according to the situation. Krišs Kārkliņš had a chance, but in the current situation Raimonds got a penalty of 11 meters and it was decided to comply with it.

– Another question about rigor. Daniels Ontužāns defended his teammate after the provocation of the lights. In the short time he worked together, was he able to sense that willingness to sharpen himself?
– No, before there was no such information and now I know even more when working together. Overall, if it’s balanced and there is a desire to defend and participate in a teammate, I think it’s positive. We need to be able to control when and how we do it. New players need to learn once again, but he has generally been active and aggressive in previous games, both in the duel and in situations where he has had to show attitude towards his teammates. I think it’s a positive sign, and we need players like that on the field. This is certainly not a disadvantage for him, but rather a plus.

– Can we summarize this cycle and these three months in a few words?
– In short, of course, first of all, the sports result failed. We are not where we would like to be on the tournament table. I think there is a deeper set of situations. First of all, lack of time, because I think today the team was ready to play against Andorra much earlier than in the first match. In this first game, despite the situation, we were forced to get three points. Clearly this time was not easy, there are many challenges and the results and the individual components of the game are both positive and negative things. But I think it was very important to win today and win in a win-win way, to give the team some confidence, because even though the Andorran team is not the strongest opponent, we have always had difficulties here and not just us. So I hope it will be a good boost for the next few steps and we will be able to please you, journalists, fans and, above all, yourself more often with games and results more often than next autumn.