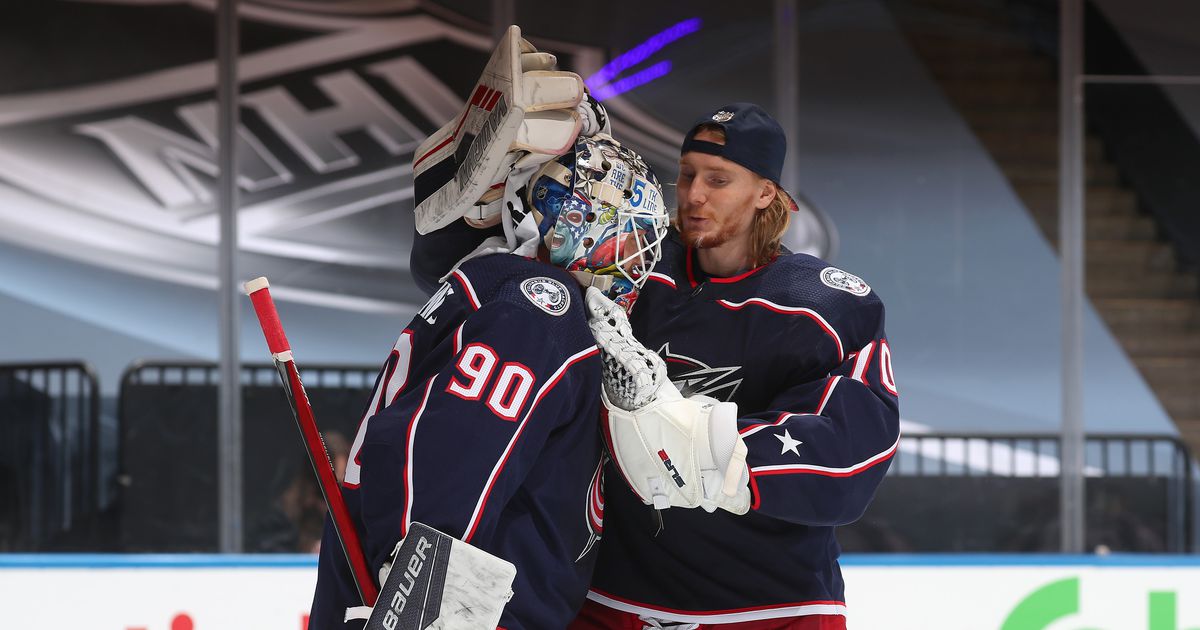 Due to Covid-19, the NHL regular season championship game has been shortened from 82 to 56. The game schedule will be tight, often you will have to play matches for two days in a row, sometimes there will be two games in three days.

“I don’t like pre-match training, but I think I’ll need more this year. When you look at the idea you have on paper and what you want to start with, you have to check how the team looks,” Tortorella said.

“However, I will have to get out of the building without getting out of the uniform and away from the game. Take a day off. I think it will help us in the busy game calendar,” the coach said.

“Secondly, it will be an important tandem of goalkeepers. We both need it in the 82-game calendar, we will need even more in the 56-game schedule,” the Blue Jackets co-driver said.

Last season, the Blue Jackets scored 180 goals in 70 games in the NHL Regular Championship, the fourth-worst in 31 team competitions (2.57 goals per game on average).

While the attack hurt the defense was leveled. The Coloners lost 183 goals in 70 games. An average of 2.61 goals scored in the game last season was the third best defense.

One of the heads of the Blue Jackets, defender Seth Jones, also highlights the importance of goalkeepers. However, the team did not intend to completely change its style of play. To improve performance, protection will not be sacrificed.

“We have two good goalkeepers. The coach can assess whether he is ‘hot’ at the moment and needs a break.”

Jones stated that he scored 30 efficiency points (6 goals + 24 assists) in 56 games last season and scored the best efficiency in the team at +10,

“We can’t start allowing opponents one after the other and rely on Korpi [Korpisalo] and Elvis will ward off difficult shots, help keep him in the game and win. We are not trying to change the way we play. Getting three or four goals into the game on average, in my opinion, is not a winner in hockey, ”says Jones.

“It’s a big advantage for us. There’s a good competition between them. They both help each other, but they both want to play every game.

The game schedule will be tight, so it will be valuable to be able to play goalkeeper in every game. That will be especially important when you have to play two days in a row, ”Kekalainen said.

Earlier, unofficial information was reported in foreign media that the blue jackets could be replaced by another team, Korpisalo or Merzlikina, as they have proven to have the potential of the first goalkeeper. A change of player may exacerbate the team’s attack, but that scenario hasn’t materialized, at least for now.

“It’s been a difficult process because the team has made a lot of speculation that the team could have two goalkeepers, both of whom are first numbers. Both proved last season that they could be the first goal number,” the general manager said.

“We both played a lot of good games. We gained experience. However, the previous season should have been a thing of the past. It’s a new season and nothing is guaranteed,” Korpisalo said.

Merzlikin made his NHL debut last year, but Korpisalo has been replacing the Blue Jackets for the sixth year in a row. The Finnish hockey player was previously the second goalkeeper in Columbus after the Russian Sergei Bobrovsky, so he is already accustomed to the internal competition of the team.

“I’ve done it all season. I think it’s a good thing to have internal competition. We help each other move forward. Nothing is guaranteed. I’ll try to be the best I can,” Korpisalo said.

The Blue Jackets season will begin with two games on Jan. 14 and 16 against the Nashville Predators.

The third goalkeeper in the “blue jackets” is expected to be Latvian hockey player Matīss Kivlenieks, who made his NHL debut last season.

Photographer Alexander Sokolov is impressed with his recognition