German national team fiasco: lost 0: 6 and did not reach the finals of the League of Nations 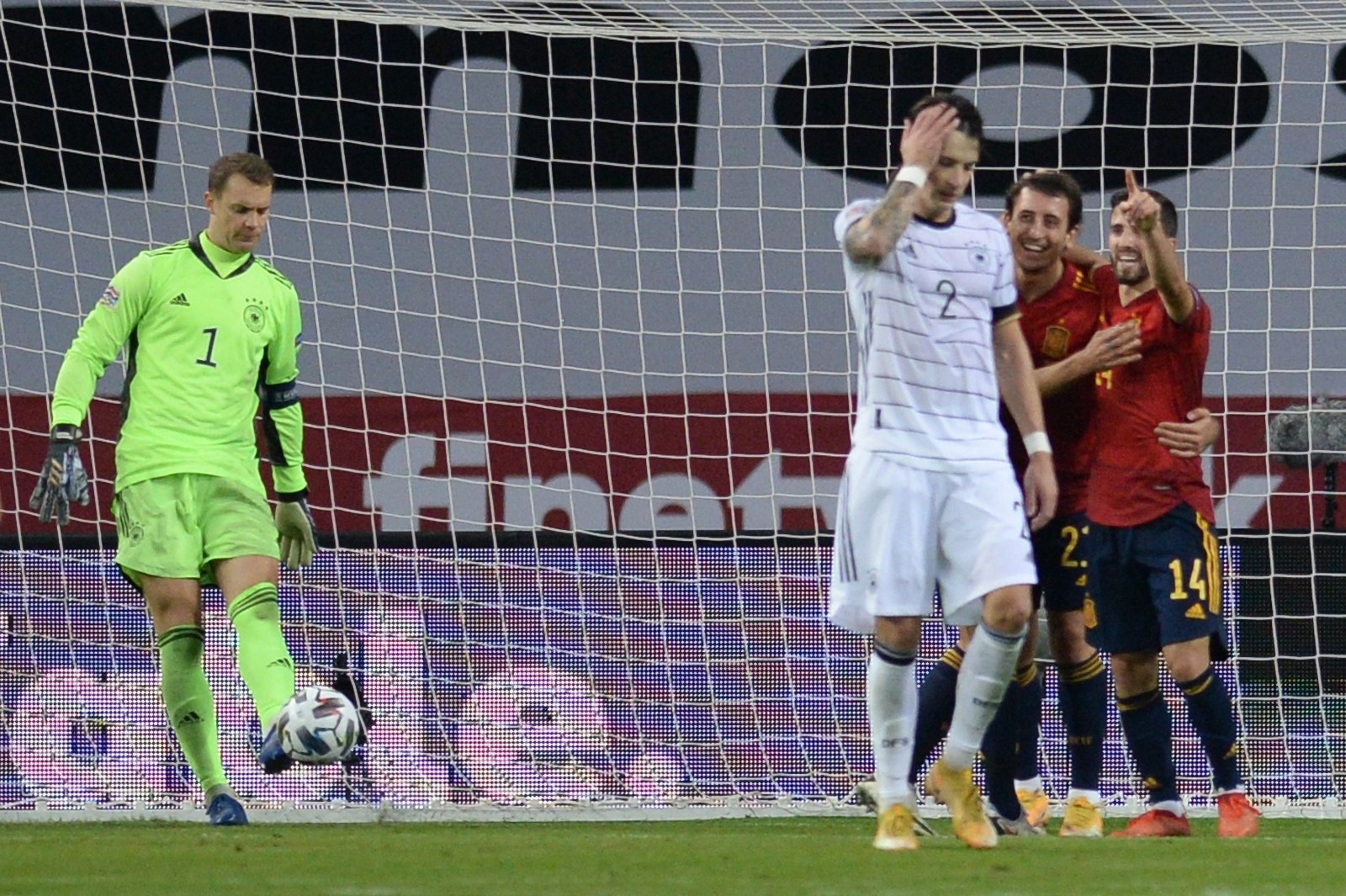 Sevilla’s subplot didn’t breathe at all – Joachim Lowo’s students lost 0: 6 against Spain (0: 3) and had the biggest difference in the last 89 years.

The last time the Germans lost to the Austrian national team in Berlin in 1931 was 0: 6.

Die Manschaft, led by Low Mans, suffered its biggest defeat in 189 games. There is no doubt that the legendary coach’s chair will be full of ups and downs after this horrific performance.

“It was a terribly black day. No one was working. Concentrated bodies with no energy. Nothing worked, neither defense nor attack. I wouldn’t separate the team. After the first goal we forgot our plan, the holes in the defense opened up. Spain is great in football, we didn’t have a chance, ”Lowo said, disappointed after the defeat.

At the same time, it was one of the most significant victories in the history of Spanish football.

The victory of the Spanish national team opened the door to the semi-final of the UEFA League, where all the winners of the A Division teams will advance.

The match was in doubt on Monday, when the test of three Ukrainian players was positive. It is not yet clear when it will be played. The Ukrainian national team must have a mandatory number of players (13) and will probably invite youth representatives from its national team to come to Switzerland.

The last games of the team have a high price – depending on the result, both teams can fall to the bottom of the League of Nations.

Both Division 3 Group A matches were a great success. The French, who had already secured a place in the tournament final, beat Sweden 4: 2 at home. The Swedes who finished last in the set automatically fall to the bottom level.

Victor Claesson put the Swedes ahead at the Saint-Denis stadium in Paris early in the match, but two goals from Olivier Giroud and another from Benjamin Pavard returned. By the end of the duel, both teams were still exchanging goals.

The Croatian national team showed its character when the rest of the player was against the Portuguese national team and lost 2: 3. The effort paid off: with a better goal ratio than the Swedes, the Croatians took the last third place and avoided relegation.