Home / poland / Kaczyński: A member of the EU is a Polish patriotism condition

Kaczyński: A member of the EU is a Polish patriotism condition 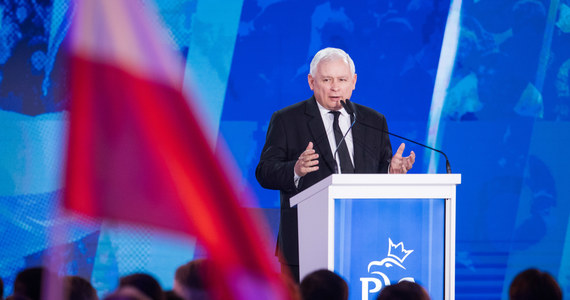 "Accessing the European Union is a condition of Polish patriotism, which is beneficial to Poland – we have a better security and a better situation," declared PiS chairman Jarosław Kaczyński Poznan. The President made an applause. 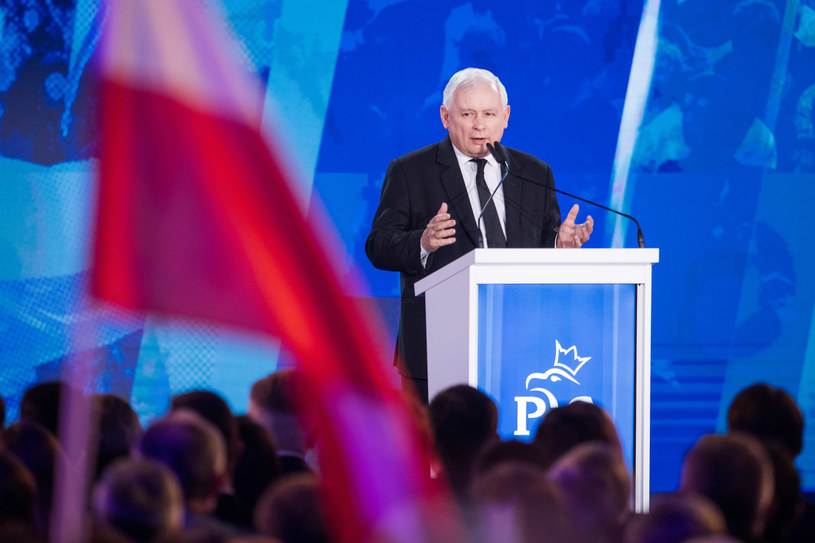 The president of PiS said on Saturday that "EU membership is a condition of Polish patriotism." "Does this EU patriotism and affiliation mean that it is OK?" – asked Kaczyński. "Well, no, the partner does not end politics, this security, state and constant attitude," he stressed.

As it has been pointed out, in terms of security, status and attitude, equality is necessary. "We have to make every effort," said the PiS leader.

Kaczyński also argued that joining the EU and NATO is beneficial to our country. "We have greater security thanks to that" – stressed the President PiS.

Kaczyński stressed that he has put his team several times and "here are the results." "Recently, a few days ago, the PE approved a review report of a misleading trading prevention review," he said.

"These are the first periods I have underlined these changes – for the first time, we will go in this direction, to eliminate this difference, to deactivate it, to punish these activities," – said Kaczyński.

He said that the change is not entirely good, "but we have really made a great first step in this important Polish project that aims to guarantee true equality."

"The introduction of the euro would lead to losses in Poland in the Polish economy, Polish houses would be hit" – said President PiS Jarosław Kaczyński on Saturday.

"Is not it doubtful whether the Polish economy will be profitable at this time or not, will it be faster for Polish homes, why do they earn Polish pockets? If we are currently taking the euro, it would lose the Polish economy, slowly develop and lose Polish homes they would be done, "said Kaczyński.

"I repeat: it will affect the entire economy, it will come across Polish homes, but they are behind" – warned the President PiS.

"In the long run, the European Union must strengthen itself, survive, be a club of equal opportunities, otherwise the crisis will be the crisis," said Prime Minister Mateusz Morawiecki.

The Prime Minister underlined the fact that he was introduced to Poland as an "equals club".

"It's important not only for the Polish EU position, but also because we have achieved our interests. It's important that, in the medium and long term, it is something crucial – the EU must strengthen, survive and strengthen, it must be a club of equal countries, otherwise the crisis will be the crisis, "- said Morawiecki.

"Our program implies the protection of regional products that need to be incorporated into European salons, to other countries, but to overcome the principles of equality," said the Prime Minister.

"Our program implies promoting regional products that need to be incorporated into European salons, in other countries, but breaking the principles of equality," said Prime Minister Mateusz Morawiecki. We do not want a predatory market; We want a fair, European and free market, – he stressed.

"Our program is a program for the Greater Poland entrepreneurs, which is nowadays a Polish entrepreneur who is currently discriminated against in the European Union," – said the Prime Minister on Saturday at the PiS Regional Congress in Poznan.

He emphasized the Treaty on European Union that "all states have an article that says that all citizens have the right to equal treatment." "But, what is the same treatment as the same producers, the same surface of the chain – large chains of shops (…) – they will produce the same products, but they are not the same" – asked the minister.

On the other hand, the free and common European market must take the same form of equal treatment for consumers across all countries, "he added.

Morawieckik has stated that the same product from different EU countries is a different composition. "We are working on the inequality treatment of the Member States, our team, the dreams of the European Parliament, equal rights and equal treatment for all EU citizens," said the head of the government.

Morawiecki admitted, at the same time, that it was difficult to understand why the EU Commission decided to address EU directives against unfair trade practices and double quality. "I can not understand," he said.

"The prime minister stressed that" we will fight with the differences of the EP ".

"In the EU, the countries are treating them wrongly towards others," Mr Mateusz Morawiecki's Prime Minister evaluated on Saturday.

He reminded the head of the government, for example, in France, moderating his president in Poland last November. 12 people were killed, four thousand were injured and thousands of shops and cars were destroyed. In the context of the Polish Prime Minister, the criticism has shown no objection. "It can be said that this eye is visible and that no other beam of the eye can be seen," Morawieck emphasized.

"Even though one of the prime ministers – the former Prime Minister of Slovenia, owned by the Liberal Group of Prime Ministers – has recently said, I said: + the European Commission complies with the law, it can not be a politicized body, which means that this imbalance You can in the treatment of countries, "- said Morawiecki.

"It's obvious that some countries treat others unjustly and we felt very clearly in Poland, and Poland, like the heart of Europe, want to make sure that countries are treated in the same way and, thus, we can better our interests" – he stressed.

PiS was inaugurated the regional conventions that are part of the European Parliament's election campaign, at the beginning of March, around Rzeszów Jasionka. At that time, the European Program Declaration was presented, all the heads of the list of parties were signed by the leaders.

The declaration is 12 points: the values ​​of EU return action were demanded by Polish peasants' interests, right of parents to defend their children's right to equal rights, defending the same treatment as Polish companies and negotiating a quota for the European Union. European safe frontiers, European energy independence, equal opportunities with equal opportunities across Europe or Europe.

It also foresees the expression: A just climate policy for Europe, as a strong EU base, to stop sustainable development or illegal immigration.

The last region of the PiS Convention was held on April 13 in Lublin, where PiS President Jarosław Kaczyński and Prime Minister Morawiecki would assure that Poland would take that euro, but only our level of development would be close to Germany. The government was in charge of taking the European monetary policy in Poland.

Last week, Beata Mazurek's PiS election meetings will be held last weekend until 18 May, before the European Parliament elections. "The last agreement we have proposed is a convention, what we have done, what our future plans will be," Mazurek said in Radio Week on three days.

The elections to the European Parliament will take place on 26th of May in Poland. The Poles will elect EUR 52 from MEPs.

Robert's death is like Mean love. Iza, Marcin and Szym will see the corpse of the body – PHOTOS

Retirement Plus. Before the mortgage the first thirteen. Others wait

Mortal Kombat 11 has 60 frames in seconds, even at the gateway to the Nintendo Switch – Portal PPE.PL

Birth gifts What do the Poles buy? – Virtual Poland