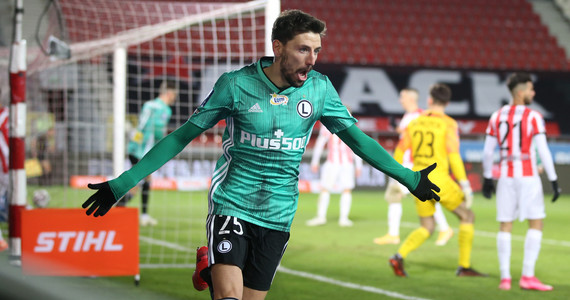 After the turmoil at the start of the season, Legia seems to be on the way. In the previous round, Czesław Michniewicz’s players beat Lech Poznan 2-1, and Artur Boruce played a major role in that victory. The 40-year-old goalkeeper was defeated after a miserable play by teammate Josip Juranovic, but in the second half he kept Legia in the game with a superb intervention. And it came after goals from Kacper Skibicki and Rafael Lopes.

On Sunday, Boruc sat on the bench at the expense of Cezary Miszta. The legendary goalkeeper had to leave his junior teammate more than twice because Legia was unable to put up another young player.

Misztari was given a chance to prove himself at the start of the match. Pelle van Amersfoort hit the crossbar and Legia’s goalkeeper filled the goalkeeper. It soon became even more dangerous at the local gate. After a corner kick that was nicely executed by Tomas Pekhart, with Paweł Wszołek closing the scoring. The former Polish representative hit Karol Niemczycki with slides.

Before the break, Miszta had to climb up the skill once again. After a short tussle with the defender, Michal Sipla finally tucked the ball home.

Both teams were disappointed in the first half, and as soon as the change of side was made, Legia decided to eliminate the bad impression earlier. Filip Mladenović could have hit the net in the 48th minute. The Serb grabbed the ball from Andre Martins and cut it over Niemczycki by hitting the crossbar.

Moments later, Legia’s left-back is already hit. The visitors came out of the opponent’s press, the action was driven by Luquinhas, the ball went to the right when Juranović crossed inside the area. Reluctantly, Mladenović hit unacknowledged and sent the ball into the net between Niemczycki’s legs.

The belts only managed to respond with an attempt to convert Van Amersfoort to Miszta. However, the Dutchman was a little wrong.

In the final action, the ball hit Pekhart’s hand in the area. Piotr Lasy had a fantastic opportunity to reply but his shot flew harmlessly into the side-netting of the goal. After checking the video, the referee decided not to dictate “eleven”.

After their seventh win of the season, the military rose to the top spot. In fact, so far table leader Raków Częstochowa tied Lech 3: 3 in Poznan.

All the same. Lech loses a goal in the final action and gives the opponent points. This is not the case with Pik None