10 exceptions to the ban on moving between municipalities 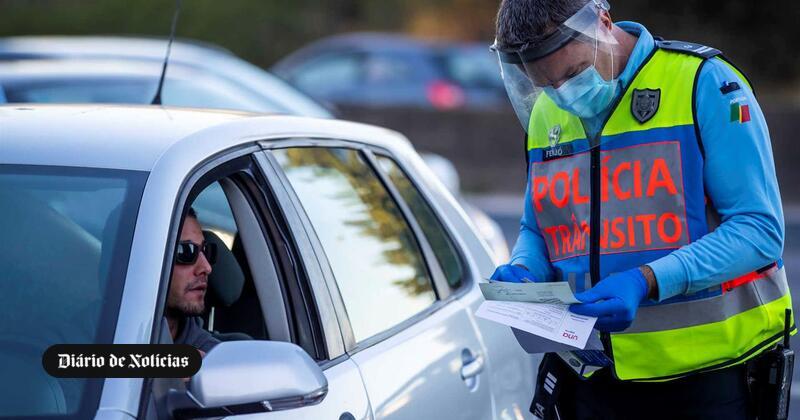 Circulation between the municipalities of the mainland is prohibited between 23:00 on Friday and 05:00 on Wednesday, except for 10 exceptions to the extent provided in the state of emergency, due to the 19 covid pandemic.

According to a government decree regulating the application of the new state of emergency that came into force on Tuesday, it will be prohibited to drive outside the municipality of residence from 11pm on November 27 to 5pm on December 2, “except for health reasons or other urgent reasons.”

The decree establishes 10 exceptions to the ban on moving between municipalities on the Portuguese mainland, namely:

– trips to perform professional functions, with the recognition given by the employer or employers, in the case of self-employed workers and sole proprietors.

– health professionals and staff of health and social care organizations, teachers and non-teaching staff of schools, civil protection agents, security forces, the military and inspectors of the Food and Economic Security Authority (ASAE) do not require employer recognition to circulate.

– The heads of independent institutions represented in the Republican Assembly, the leaders of social agents and “persons with free passage under legal conditions” may also circulate between municipalities, as well as ministers of worship, staff of diplomatic missions and consular offices and international organizations located in Portugal.

– They are also allowed to attend school establishments, day centers, take part in procedural actions and go to public services, as long as they check their timetable.

– It is also possible to make the necessary travel to “leave the Portuguese mainland” and “to the verified residences of non-resident citizens”, such as “traveling for other family reasons, ie sharing parental responsibility”.

The government announced on Saturday that measures to contain the kobid-19 pandemic for the new state of emergency will take effect between Tuesday, November 24, at 00:00 and 23:59 on December 8.

On the eve of the holidays, commercial establishments will be closed from 15:00 in these 127 counties.

In the “high-risk” regions, there will be local monitoring seven days a week from 11pm to 5pm.

There will be no classes on the eve of the holidays and the civil service will have point tolerance. During these two days, the government also asked the private sector to lay off workers.