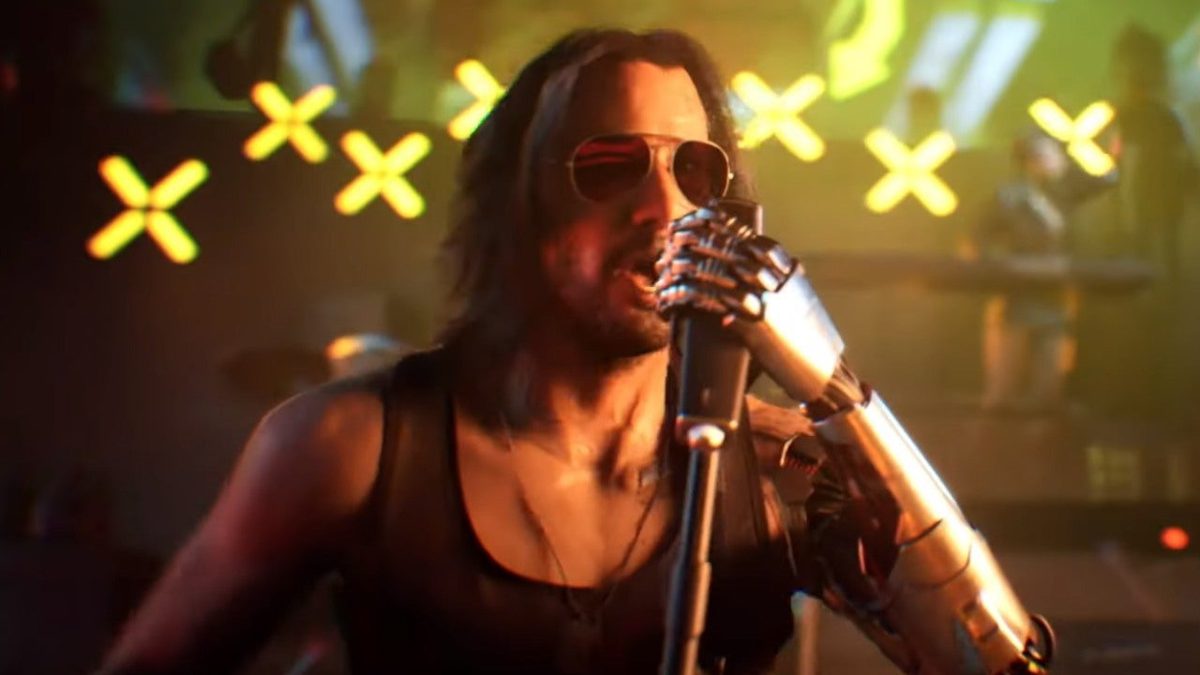 The official live stream of Cyberpunk 2077 has been on the air for the fifth and final episode of Night City Wire, featuring the character of Johnny Silverhand Keanu Reeves. In addition to the actor, the episode also focused on how the game’s soundtrack and characters were animated.

Johnny Silverhand is the main character of Cyberpunk 2077, and CD Projekt Red almost takes him as the protagonist of the game. Played by Keanu Reeves, in addition to being a rock star, he is also a former military man and will lead several adventures during Cyberpunk 2077.

The CDPR explored several options for reviving Silverhand before Keanu was released on paper, including voices from rock bands. Interestingly, the Polish studio also thought of bringing an artist from the dead, even if it didn’t reveal who.

Keanu Reeves isn’t the only famous voice in the game: Cyberpunk 2077 has a luxurious soundtrack, full of big names in today’s music scene, from hip-hop to punk, from electronic music to hardcore, in a panoply of sounds. . During the various Cyberpunk 2077 radio shows, players will be able to listen to exclusive music from Converge, The Armed, Run The Jewels, Grimes, Nina Kraviz, Gazelle Twin and Rat Boy. The studio has already released a small sample of the soundtrack. in different streaming services.

Still in the music chapter, Cyberpunk 2077 has a feature for streamers that automatically disables copyrighted songs to prevent legal DMCA processes. This tool can be turned on or off manually.

The episode also addressed the procedural animation technology used by the Jali studio, which yielded impressive results, with all the NPCs in the game having face animation in the 10 languages ​​available.

Finally, the standard edition of Cyberpunk 2077 includes several digital bonuses: a book with the art of the game, an original soundtrack, and a comic. In addition, if players associate their GOG accounts with the game, some rewards can also be recovered, including a leather jacket with the Witcher logo.

Anxiety is growing to get one of the most promising titles ever, and it’s set for December 10th.

Pedro Pestana is addicted to gambling, coffee and volleyball in roughly the same order. Here are some of his dreams @pmnpestana