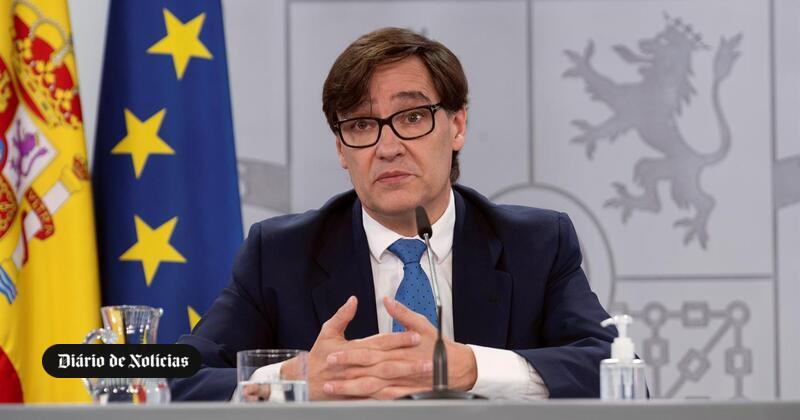 The Spanish government divided the population into 15 groups to be vaccinated against covid-19 in three phases until the summer of 2021, which began in January with residents and elderly health and support workers.

Spanish Health Minister Salvador Illa explained this Friday that the first group to be defined, the only one that includes about 2.5 million people, includes residents and health workers in homes and centers with people with addictions. , who will be the first to be vaccinated when the first doses of the vaccine arrive, starting in January 2021.

The government official pointed out that among the 15 large groups defined by a technical team, in addition to those mentioned above, there are also people at high risk and in a medium or low risk situation; people who live or work in closed communities or environments; the weak population due to the economic situation; people who work in key actions; the entire population of teachers and the entire population of children; Adolescents and young people over the age of 16.

The adult population includes those who live in areas where the disease may recur or may experience possible outbreaks, pregnant women and breastfeeding mothers, and the HIV-positive population of SARS-CoV-2.

The Minister of Health said that this classification “covers the entire population of Spain” and will be in two and three phases, when health technicians already have data on the availability of vaccines, which will be established which will be the remaining priority groups.

Salvador Illa explained that this strategy will be updated, but always with the “goal” of reducing mortality in an “effective” way, protecting the most vulnerable, and preventing hospitalizations.

The minister believes that the strategy defined by the technicians has the necessary tools to “integrate the population in an efficient and effective way, with equity criteria and the necessary flexibility to adapt to the different phases”.

Salvador Illa confirmed that vaccines that are approved by the European Medicines Agency will have “complete safety” and will not be administered if they do not have sufficient guarantees. “

Under the contracts already signed, Spain will buy 140 million doses, and the government official has assured that “there will be vaccines to give all citizens and perform solidarity functions” with other countries.

The Minister of Health has reiterated that vaccination in Spain will be voluntary and, for the time being, does not consider it necessary to include people who are dedicated to specific activities.

Asked about the possibility of closing the ski resorts in the current season, Salvador Illa spoke in favor of reconciling the decisions taken by the Spanish Autonomous Communities with autonomy in health and also with France and Andorra.

The Minister stressed that the most important thing in this case is not the sport itself, but all the social activity that surrounds it.

The number of infections in Spain is declining, but so far the country has been one of the worst affected by the 19 kobid pandemic, causing more than 1.4 million deaths worldwide since December last year, including 4,209 in Portugal. .