Pompey: Other Arab countries will join peace agreements with Israel 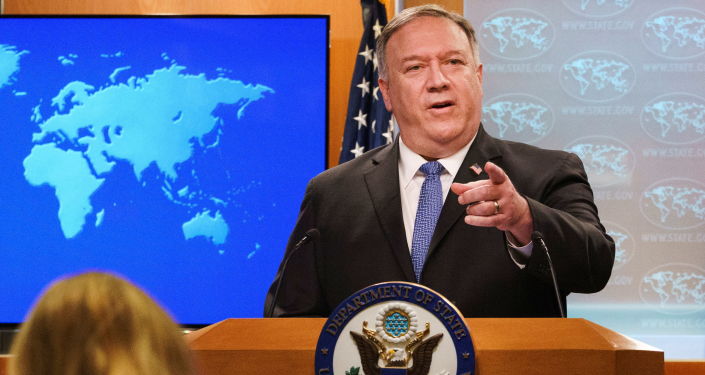 Today, Sunday, U.S. Secretary of State Mike Pompeo confirmed that other Arab countries will join peace agreements with Israel, and that Washington will continue its efforts to achieve peace in the region to ward off Iran’s threat in the Middle East.

In an interview with Al-Arabiya, he said: “I am absolutely confident that other countries will agree with what the Emirati, Bahraini and Sudanese have done and therefore recognize Israel’s rightful place among the countries,” he warned. because it’s the right thing to do. ” Because of the growing prosperity and security of their country. “

He added that “this would not have been possible without the leadership and participation of the United States in determining the risks to Iran in the Middle East.”

He stressed that the United States “would like the Palestinians to have a deal with Israel,” adding that their leadership has rejected President Trump’s speech, his vision of peace.

And according to Pompeo, the U.S. policy toward Iran has not changed and has been consistent during Trump’s tenure.

Pompeo said during the interview: “We have fulfilled all the commitments we have made with the countries of the Middle East, we have supported the Americans and we have formed partners who want to establish a partnership with the United States.”

He stressed that policies and obligations will not change during the transition period.

“My responsibilities don’t change,” Pompeo said. “I still have an hour and a minute to defend the Americans … and we’ll do it until the last minute.”

On Saturday, Saudi Foreign Minister Faisal bin Farhan Al Saud reaffirmed that Riyadh is in favor of full normalization with Israel, “as long as the rights of the Palestinians are guaranteed.”

It is reported that Israel signed peace agreements and normalized relations with the Basque Country, Bahrain and Sudan, under the auspices of the Americans.

“What about our sports channel … I swear to God, it’s a short wall of victory!” Al-Marsad Diary

Google is secretly developing a new app similar to Google Truecaller. Find out the details

Exercise 4 to improve your posture and protect against back pain!

Jeddah is attacking the station for distributing oil products