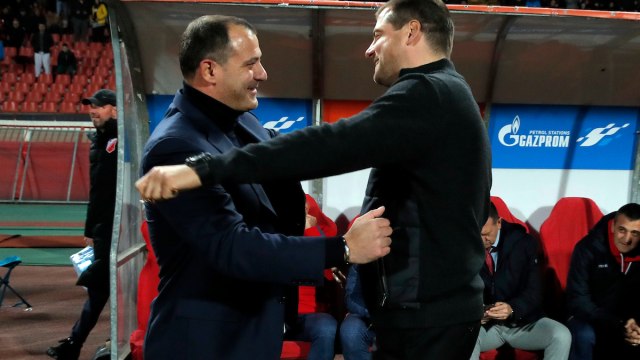 Vojvodina and Crvena zvezda are playing the derby match of the 15th day of the Serbian Linglong Super League (17:30) with a live broadcast on B92 TV.

It will be a meeting of the leaders on the table and the third-placed Serbian Super League qualifier.

The current champion is undefeated in the home tournament so far, and the Serbian Cup winner is two points behind runner-up Partizan.

The Belgrade white-and-reds have scored five straight victories in Novi Sad, and Vojvodina last took the point in 2016 when it was 0-0.

They got their last win at home against Zvezda in 2013.

“There is a long way to go to get the title and there is still a lot to play for. It’s the derby round, but after this match someone will be the champion – it won’t be for sure. So we don’t think this match is decisive. It will be a quality game. and good teams with an “identity card” in terms of identifying the relationship.Vojvodina is a good team, they don’t defend against the criminal area, but they do it in an organized way.I expect good play, fights and things like that., He said Stankovic.

Before the match, Nenad Lalatović also spoke about his relationship with Vojvodina coach.

“We grew up and played together, and we cross paths on the bench ‘today’. He’s a great coach, he showed quality, he got a good result where he led the team, and he does that with the Vojvodina he had last year. He got the trophy. Work always gives his fruit, and he is responsible. I wish him good luck and he is a real fighter to continue like this. “