PHOTO + VIDEO: The most powerful rocket on the planet is the “Tesla” car placed on the nose of the plane. 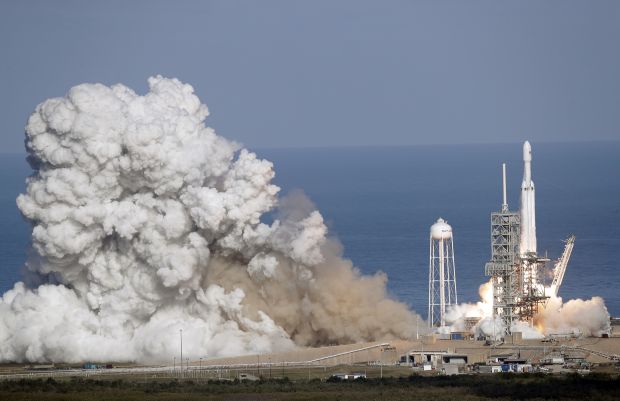 On Tuesday night, the American company “Space Ex”, after being delayed due to the wind, successfully launched the largest rocket to date, and a red sports car entered orbit around the Sun with it.

The “Falcon Heavy” rocket was launched from the Kennedy Space Center in Florida from the same platform that NASA used in the 1969 Apollo 11 historic project as the first mission to send people to the moon, according to American media.

It has 27 engines and three additional “boosters” to give it a solid boost. The rocket is designed to send equipment and supplies into outer space.

On the “nose” of the rocket is a red sports car “Tesla” from Ilona Maska, the owner of that company and “Space Ex”, and behind the steering wheel a doll called “Star Man”.

The most powerful rocket can carry the heaviest objects, the crews of potential humans, to the Moon and Mars.

WE ALL REMEMBER TO HAVE A HOT PROMOTION IN THE POOL! Big Brother Arsa completely changed his image, and here’s what he’s doing now! (PHOTO)