What happens to the brain when the genes of humans and monkeys are mixed? 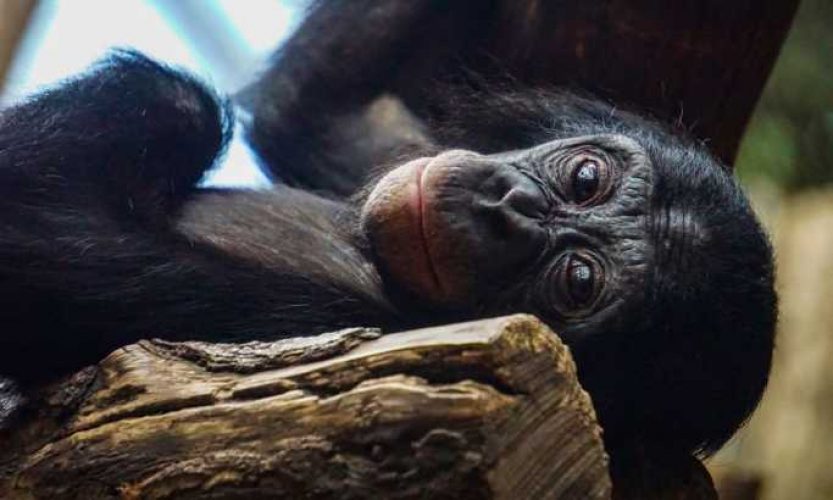 Experts found that the introduction of a gene called ARHGAP11B caused a larger neocortex in the marmot monkey fetus.

The neocortex is a deeply grooved outer layer of the brain that is involved in thought processes, which is responsible for language, conscious thinking, and other important functions.

The ARHGAP11B gene, found in humans but not in primates or other mammals, prompted monkey brain stem cells to form more stem cells, thereby enlarging the brain itself.

Marmok’s genetically “adapted” brains have been shown to mimic the natural folds, veins, and depressions of the human brain, which is an evolutionary feature of humans that has led to an increase in the surface area of ​​neurons (nerve cells).

Researchers have performed this procedure on seven marmot fetuses.

“We found that the neocortex of the normal brain in the brain is actually enlarged, as well as the coarser surface of the brain. We also identified a larger number of neurons,” said Michael Heide, author of the Max Planck Institute for Molecular Cell Biology and Genetics.

The human neocortex is approximately three times larger than our closest relatives (chimpanzees).

During evolution, our brain acquired a noticeable wrinkled appearance to penetrate the limited space of our skull, allowing it to significantly increase the surface area of ​​the neocortex.

Marmot brains are much less wrinkled and smaller.

The ARHGAP11B gene can cause neocortex to spread throughout human evolution, according to team members, including experts from the Center for Animal Experiments in Kawasaki and Keyo University in Tokyo.

“Given the unexpected effects that postnatal brain function may have, we first considered the ethically binding prerequisite for determining the effects of ARHGAP11B on fetal development of the marmot neocortex.”

The ubiquitous ARHGAP11B gene was created by partially duplicating the ARHGAP11A gene five million years ago, which has now brought Neanderthals, Denisovans, and humans along the line of evolution.

The new research was published in the journal Science.

Research on mouse embryos has shown that genes can have a profound effect on brain development.

ARHGAP11B also resulted in increased neocortex when administered to mice.

In some cases, they have also developed a wrinkled surface that is characteristic of the human brain.

However, much more research is needed to understand the full importance of this gene for primate evolution.

If you have owned the same phone for more than three months, it is time to make these items

SERBIA THREATENS ANOTHER VIRUS: Will it collide with the crown? | Latest news

Online Politics – Changing Behavior in the Rule of Law

GIVE ME MY GOOD NEWS! Ana Bekuta addressed the people, her words began a storm of comments: When will we do – Kurir

THE MOST EXPENSIVE VIDEO GAME IN THE WORLD $ 156,000: You probably played it too!

The star won the derby, complaining about the “Delije” trial! (TWITS) – Sportske.net