Activists are worried: To build D4 and R7 without permission, the number of pebbles 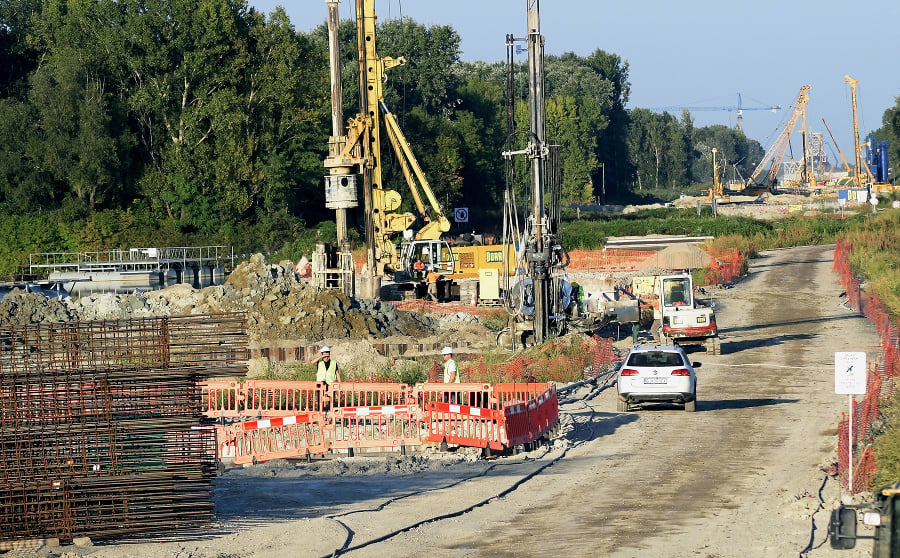 The activists said they had received a complaint from the residents of Bratislava, pointing to the earthquake mining. "We examined this and found that the material was stolen, according to the Mining Act, all mineral resources belong to the state, and that mineral wealth mines in Moste in Bratislava without permission from the mining authority who wrote that no mining permit " said Milan Grojaj from OZ Triblavin.

According to him, it would only be legally lawful to have public works but to mention the building permit. "Since these parks do not include these parks in the building permit, and none of them, we think very well that this is a mining permit" Grozaj said. According to him, D4 and R7 built only 1.2 million cubic meters of gravel from this land registry and did not pay any fees or VAT.

Activists say that similar mines are being prepared for the next 16 natives around Pozsony. They have therefore decided to launch a criminal investigation with the European Investment Bank. "The D4 motorway and the expressway R7 are in very special circumstances, there are some mistakes" OZ Triblavin said.

The consortium building a bypass in Bratislava also faces the suspicion of contaminated soil being exported to the construction site. The TASR builder recently said that the material used to build Bratislava Bypass has valid quality certificates, taking into account all applicable usage standards.

The imported material for the road construction of Bratislava bypass is linked by several subcontractors according to the consortium. "This is based on rigorous criteria to assess the quality and suitability of the construction use, including the condition of zero soil contamination, and only after these strict criteria have been fulfilled, declares the builder.

The Ministry of Finance declared on Friday that the construction contractor is a full-time concession agent and if any suspicions of unauthorized concessions are confirmed, the competent authorities are responsible for taking responsibility and the competent authorities are already in the process of doing so. "It is also clear in this respect that the statement by OZ Triblavino on Friday is not a realistic but politically motivated background when members of the OT Triblavin campaign against local elections, the ministry said. The members of the alliance – according to the ministry – are doing their business only in the past when attempting to visualize them in the media by preventing the bypass building.