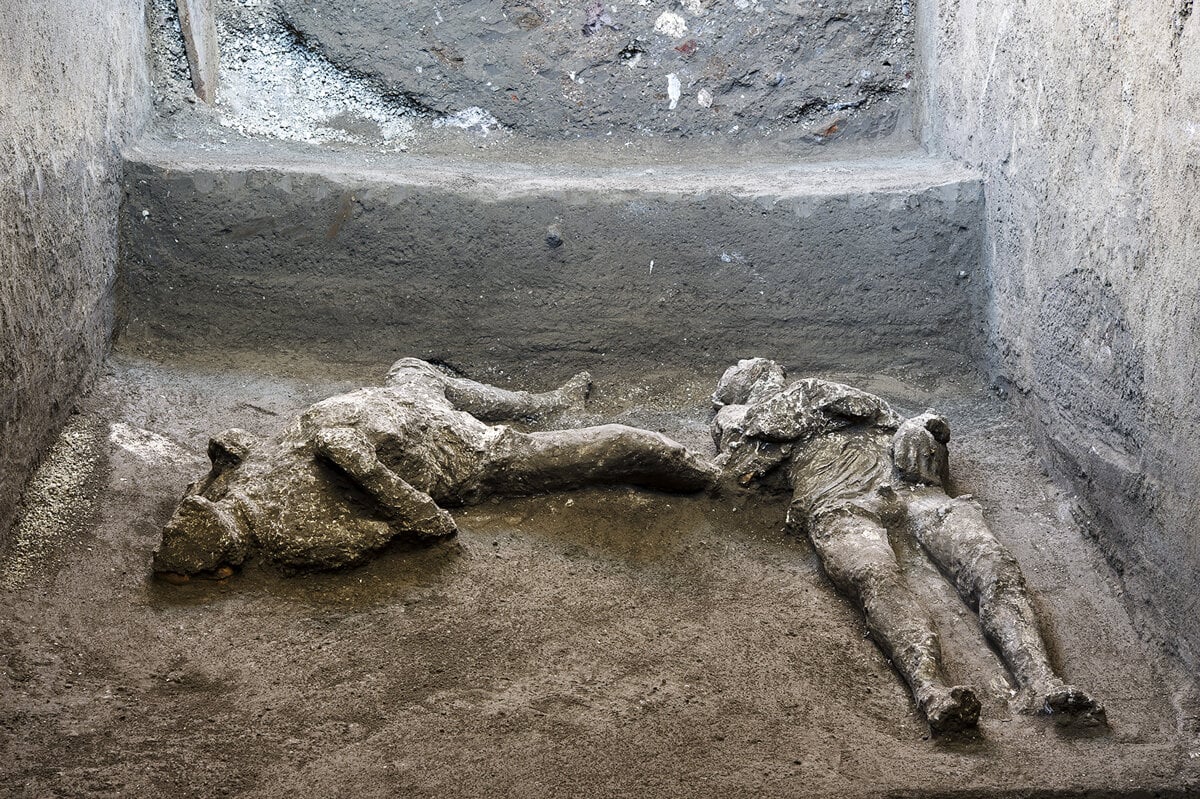 Scientists believe he was a slave and a richer man.

PUMPAK. Remains of two victims of the eruption of Mount Vesuvius were found in the suburbs of Italian Pompeii almost 2,000 years ago.

The article continues below the video ad

This was reported by the AFP agency on Saturday, referring to researchers at the site.

Archaeologists, based on the remains of the clothes and the appearance of the skeletons, believe that he was a young slave and a richer man, perhaps about 40 years old at the time of his death and probably the owner of the slave.

The skeletons were found in the corridor below the villa, while the stables found the remains of a horse with a harness in late 2018.

The ancient city of Pompeii, located about 240 kilometers south of Rome, dates back to K. a. It was destroyed in 79 by the eruption of the nearby Vesuvius volcano.

The layers of ash covered by the city in the blast have preserved many buildings and objects, including the remains of the victims of the disaster, intact.