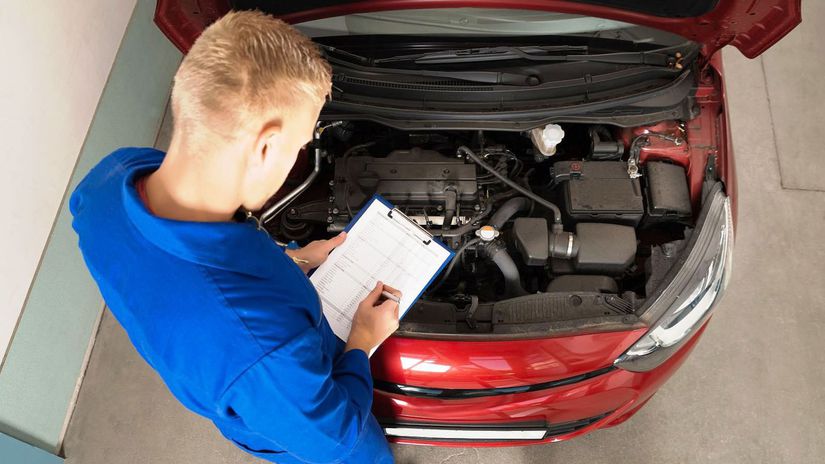 In a second look at the reliability statistics of the TÜV 2021 report, we will look at cars between the ages of four and five. Here, too, quality has risen. This is especially true of German cars, which also pass over Japanese ones.

The final ranking of the TÜV report was completed according to data obtained from technical inspections of 8.8 million cars carried out between June 2019 and July 2020. A large portion of them were “new” cars between the ages of four and five. The bazaars are very popular. Author: TUV

Analyzing the current statistics of the network of stations for road tests in Germany, we have analyzed in detail the youngest cars up to three years old. This category is highly regarded because there are usually cars still coming out of production lines. The results are therefore very interesting for those interested in buying new cars. But the TÜV report has a total of six age categories. And the second most attractive is certainly the “new” car category, which is four or five years apart from the time they left the production line. Simply because it is one of the most attractive used car market.

The reputation for absolute quality has been confirmed by the Porsche 911. Even after four years it is almost as good as new.

Three- to four-year-old cars are usually vehicles that the first owners pay the rent and replace as soon as they are replaced with new ones. At Bazar, the image therefore has the lowest possible risk options, with a transparent history, allowing second owners to save up to fifty percent of the original price compared to a new vehicle. In addition, they may still be under warranty. On average, they have done about 70,000 miles, which means they are still long enough to operate. Of course, not all models guarantee trouble-free use. Therefore, the TÜV report statistics are a good guide when choosing the make and model of one of the young cars used.

Quality doesn’t have to be expensive. This is confirmed by the cheap Opel Karl, which is as good as the Porsche Macan!

As in the younger age category, TÜV also records quality improvements, several in a row. For example, in 2015, a maximum of 5-year-old cars had an average proportion of serious failures, which did not exceed the German MOT, 13.9%, which in the current classification has dropped to 9.2%. This is a big step forward. However, it was mainly the German brands that were concerned with improving the average. Among the top ten, it is represented by nine models. The king is the Porsche 911 with a severe failure rate of 2.7%. Here we find the Porsche Macan, the Mercedes-Benz GLE, the Mercedes-Benz B-Class or the Stuttgart A-Series.

Škoda managed to get into the green with his Superb and did a great job with Fabia. In contrast, the Octavia is average and a Roomster is below average. Author: Škoda-Auto

Sure you can say that the quality is expensive and that the solvent owners of the premium models take better care of the cars, but that’s not entirely true. In the second place we also find the cheap Opel Karl, which is as good as the Porsche Macan. There are also VW Golf Sportsvan and Mazda 2 that cannot be considered as premium models. At the same time, technical inspection stations are easier to pass than the Audi Q5 or Mercedes-Benz GLK. We will also find some surprises in the second ten. For example, in 12th place for the Mitsubishi ASX, 18th in the Renault Captur and 20th in the Hyundai i20. They also managed to “mix” some of the best cars in Germany and Japan.

The BMW 5 and 6 or the X5 and X6 that finished at the end of the standings show that the Germans and premiums do not automatically mean high quality. Not much better than Dacie.
Author: BMW

In the green field, which is in the field of models above average reliability, the Škoda Superb also appeared in 25th place for the first time. He surpassed aces like the Porsche Cayenne, Toyota Auris or Mazda CX-5. Not being a coincidence also means 27th place for Fabia. But that Octavia is already below average. After all, each brand has its own “locks”. In the red zone, which is traditionally “ruled” by Romanians, French, Italians and Koreans, are the VW Passat CC, VW Touran, Skoda Roomster, BMW X5 / X6 or BMW 5 and 6, which are some great cars that would be on your tail. statistics, unlike Dacia, Renault, Hyundai or Fiat, were not expected. Finally, look at the tables.

Reliability of cars from 4 to 5 years

Do you like this article? Please help with quality journalism.

The purpose of the daily Pravda and its online version is to bring up-to-date news, interviews, comments, reports, videos, other useful and practical information and content for reading and entertainment and entertainment.

In order for us to work continuously and even better for you, we also need your help.
Thank you for your financial contribution.