Atletico deepened the crisis in Barcelona, ​​losing another pillar of defense #video 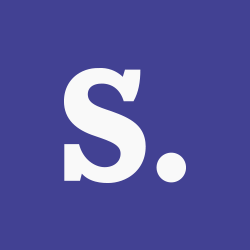 In the derby of the 10th day of the Spanish Championship, Atletico Madrid beat the great Barcelona 1-0 at home and tied the leader of Real Sociedad (20) at the top of the standings. Madrid goalkeeper Jan Oblak has kept the net intact for the sixth time in eight games, and Atletico remain unbeaten as the only team in the league. Not only Barcelona, ​​but Real will not be satisfied, as they drew against Villarreal (1: 1). The leader of Real Sociedad will take on Cadiz on Sunday.

Messi feels how he feels: the words at the airport make you think of the #video

The first half of the Madrid derby didn’t offer much drama and when we thought the first half would end without a goal, it was after a big mistake by the Barcelona goalkeeper. Marca-Andrea ter Stegna, ran almost to the middle of the field and lost the ball, hitting it completely Yannick Carrasco.

The Catalans, who did not try hard in the first half (only one shot on goal), showed something more to the Spanish capital in the second half of the match, but the Slovenian goalkeepers in the goal Jan Oblak he did not give up and kept his net intact until the end (four defenses).

Atletico Barcelona not only suffered their third defeat of the league this season, the Catalans also lost their defensive pillars Gerard Pique, at least seeing a slow shot, seriously injured his knee. More information about the injury will be available Sunday morning.

Pique left the field with a smile on his face as he was substituted 62 minutes into the game, as his team was in the lead.

I think Pique did his ACL pic.twitter.com/vauvAupFIs

Real only made a draw, Zidane was not in good spirits

The Real champions, who have suffered two defeats in the last four matches, have reached a point (1: 1) in Villarreal and once again disappointed the fans. “Don’t worry about me. I’ll do my job myself, you give me yours. Of course, the draw is a big disappointment for us. We deserved more,” the Real coach told reporters. Zinedine Zidane, which is under increasing pressure.