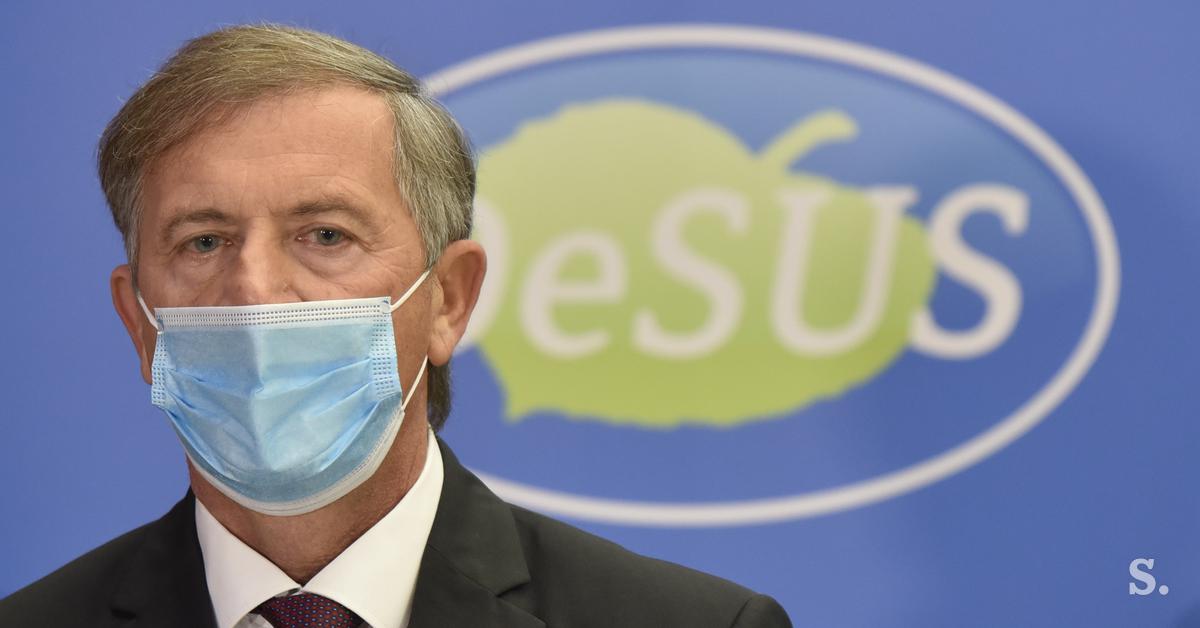 Karl Erjavec is spending a year on the political scene. The DeSUS party congress, which ended yesterday, received 146 votes in favor, with his opponent Srečko Felix Krope and 71. Officially, some falsified votes were also found at the time of the count.

Due to the new coronavirus and poor epidemiological image, this time the DeSUS Congress has been made by mail. The election material was sent to 231 delegates with ballot papers. The former party president received the most votes Karl Erjavec, which he replaced Alexander Pivec. He took over the leadership of the party in January, but resigned after a few months due to a loss of confidence in the party.

Fake votes are said to be for Crops

According to the 24ur.com portal, officially, 23 “obviously fake ballot papers” were found in the congressional introductory message. While they were typing, all votes were deleted before the count began, and most of the votes were for the opponent. Felix Kropet card. For two more envelopes, they also need to know if they are fake, the media reported. The party does not comment on the information at this time.

Karl Erjavec is the new president of DeSUS #video

In what direction will DeSUS Erjavec bend after arrival?

Yesterday’s DeSUS party congress was of particular importance in light of political developments. Some believe that Erjavec can get the party out of government Janez Janša and joined the Constitutional Arc Coalition (KUL), led by LMŠ, Levice, SD and SAB. Joe P. Damijan. Prior to the party’s congress, Erjavec met with the prime minister and Damijan, as well as with the SMC leadership.


DeSUS has some commitments, but will discuss all options

According to the STA, Erjavec recalled yesterday that DeSUS has some commitments to the coalition based on the decisions of the party organs. However, he informed that the party will also discuss whether these conclusions are still appropriate or whether another policy should be considered.

Erjavec himself will not decide this, but will have to follow the decisions of the organs and deputies of the parties that agreed not to leave the Janša government because they have little comment on the implementation and content of the coalition agreement, although he is not happy to open ideological issues.

How have politicians reacted to Erjavec’s victory in Congress?

Tesla’s skeptics have lost more than the U.S. aviation industry this year