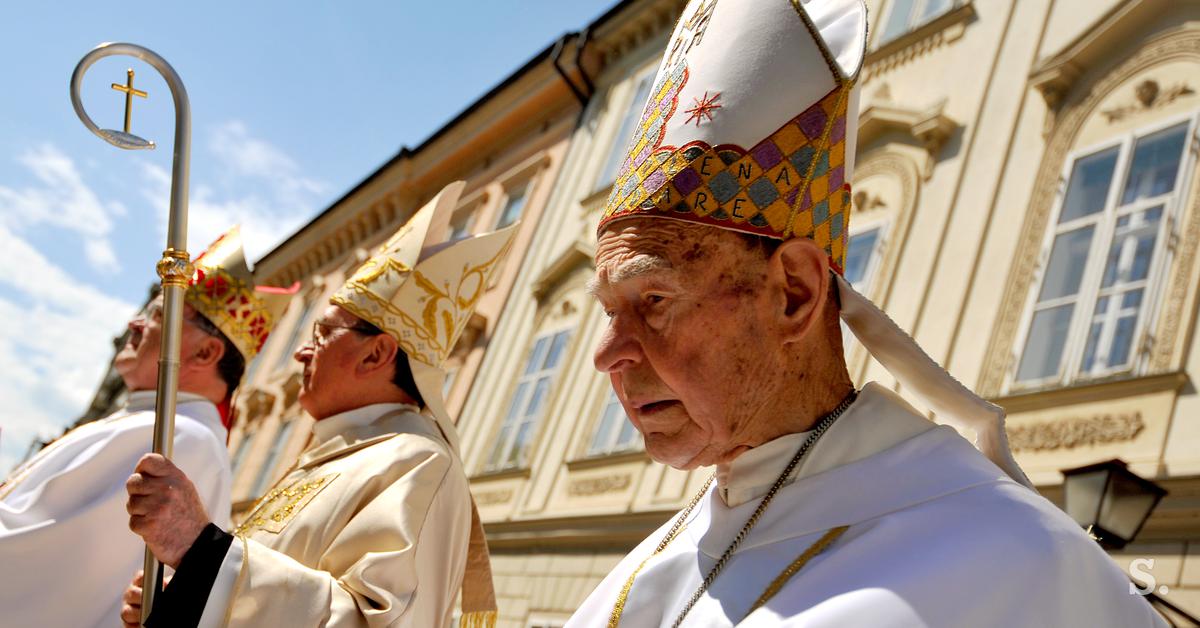 Retired Auxiliary Bishop Jožef Smej of Maribor died on Saturday at the age of 99, the Slovenian Conference of Bishops reported. He was an auxiliary bishop from 1983 until his retirement in 2009, and in addition to his ministry as a priest and bishop, he also sang, wrote, translated, and studied the history of the church.

To laugh, originally from Bogotá, was appointed archbishop in 1944 and worked for the first time as a chaplain in the cities of Dokležovje, Dobrovnik and Turnišče. Murska Sobotan was first chaplain and then pastor and dean, and moved to Maribor in 1969, where he served as canon of the cathedral, a member of the board of advisers to the bishops, archdeacon, cathedral of the Maribor chapter and chief vicar, according to STA. . He was appointed assistant bishop of Maribor in May 1983, and retired in June 2009. Since then he has lived in Maribor and in recent years in Dom sv. Lenart in Lenart’s Slovenske Gorice.

The work of Bishop Smej’s life is extensive and multifaceted, as in addition to the ministry of priests and bishops, he also sang, wrote, translated and studied the history of the church, SŠK wrote. According to the STA, the bibliography of his works includes more than 150 units, most of which are independent book publications.

He also received the Order of Merit

In 2016, he became President of the Republic Borut Pahor He was awarded the Order of Merit for the Achievement of Life and a prolific contribution to the Slovenian national spiritual culture. Hungarian literature and the nineteenth century. And XX. As he knew the translations of the classic novels of the centuries from Hungarian to Slovenian, he also received the great decoration of the Hungarian state, the Golden Cross of Hungarian Merit a year earlier. He was an honorary citizen of Maribor, and the 2016 feature documentary Drop on the Bucket also shows his life and work, the STA reported.

The funeral will take place on Tuesday at 3:00 pm in Bogojina, due to the extraordinary situation in the inner circle. Believers will be able to follow it live on Radio Ognjišče, the Slovenian Bishops’ Conference has announced. When the emergency is resolved, a memorial service will also be held.