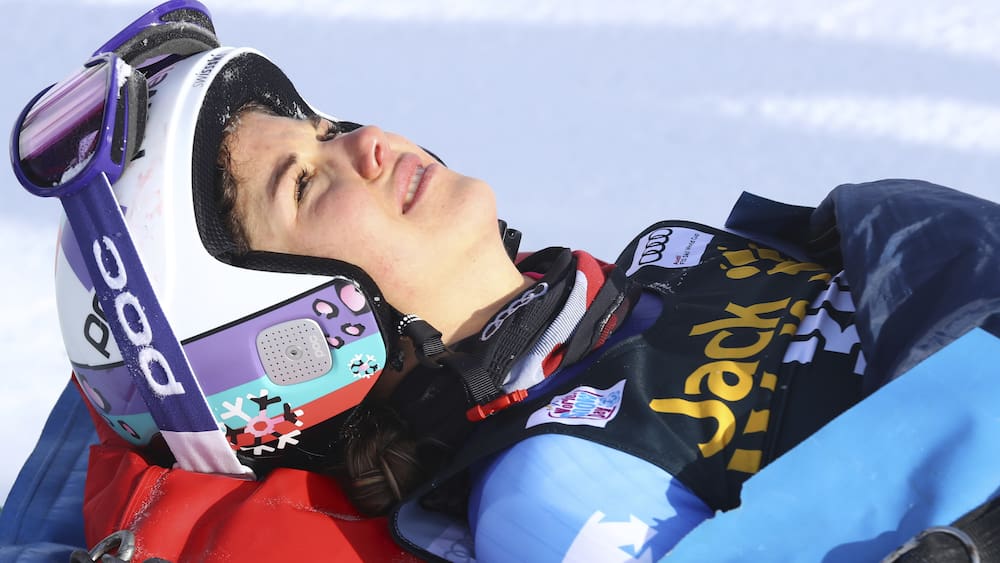 LOOK: Aline Danioth, you were seriously injured a good month ago. Only now are they speaking in public. Did you need it this time?
Aline Danioth: Yes, this time already. It was a very hard blow. I had a mess in my head and had to sort it out first.

You were returning from a broken cruciate ligament. Does the renewed injury make it even more bitter?
I gave it my all back for a month and felt better than ever in training. And then this accident. I don’t know what I should have done differently.

Did you look for reasons?
Anyway. The first thought I made after hearing the knee blow, what did I do wrong? But in the end, it was stupid.

What exactly happened
The snow was very aggressive, I was in fifth training. Great day. Then when I arrived a little late in a corner, I sat very far back. He took the skis and the pressure came. That’s when it happened.

They have already had surgery. The drill channels of the last operation were filled with bone materials. What’s next?
I usually have to wait four months for a cruciate ligament to be replaced. But in the end the x-rays will show when the time comes.

What are you doing while?
I will be going to Hawaii in December for a six-week language stay. All I have to do is stay away from the things I love so much – winter and skiing.

Do you want to clear your head?
OK. I will also be doing my strength and fitness program in Hawaii. But I want to turn it off, ride the volcanoes, ride the bike. And I will be in the water a lot.

But don’t surf, right?
Probably not possible, no (smiles)

By the age of 22 he was already undergoing five knee surgery. Isn’t resignation an issue?
I’m already thinking about what Plan B might look like. I am also open to ideas. But I don’t think I can enjoy skiing as much in life as I can.

You can also spend your free time in the snow.
That is not the same. I’m a competitive guy, I need goals and challenges. My heart can barely bear to ski again that I can’t take. But I keep fighting – that’s how they make me.