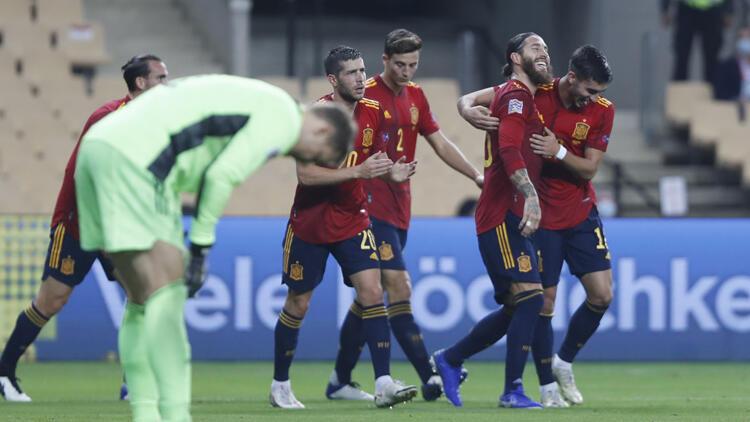 In the last week of UEFA’s national team, 8 matches were played in the A, C and D leagues.

In the remarkable match of the day, Spain beat a 6-0 result in Germany on the pitch and reached the UEFA Nations League final as the leaders in Group A of Group 4 with 11 points. Alvaro Morata scored in the 17th minute, Ferran Torres in the 33rd, 55th and 71st minutes, Rodri in the 38th and Mikel Oyarzabal in the 89th minute to score the winning goal for Spain.

The Group 4 match between Switzerland and Ukraine was not played due to the new types of coronavirus (Kovid-19) observed in the Ukrainian National Team.

In Group 3 of the A League match, France beat Sweden, Olivier Giroud in the 16th and 59th minutes, Benjamin Pavard in the 36th minute and Kingsley Coman in the 5th minute with 4-2 with 90 goals. Sweden’s goals were scored by Viktor Claesson in the 5th minute and Robin Quaison in the 88th minute. France, who had previously secured promotion from Group 3 to the League of Nations Final, scored 16 points. Sweden, meanwhile, have been relegated to the B league as the last in the group.

On the other hand, Montenegro took its place in Group C of League 1, B League. The last of this team was the Greek Cypriot, who became a play-out team.

The Faroe Islands were promoted to Group C in Group 1 and Gibraltar in Group 2 as leaders.

The results of the UEFA Nations League competition are as follows: