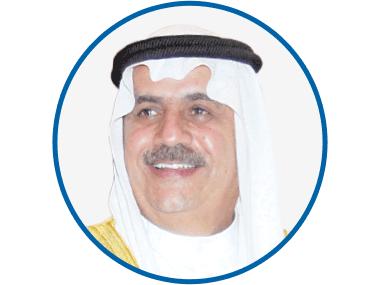 Why is the Arab world always representative of wars and the setting for many world wars, including both world wars and subsequent regions?

To answer the question of the reasons why the Arab world has fought so many wars on its land, as well as wars through substitution, because Arab countries have been weak and unstructured and there are many disagreements because they are worried and unaware of the dangers they face because of Arab countries. A new patient in this part of the world, unstable internal conditions, external interferences in internal problems and frequent conflicts between some of its countries. What does foreign intervention mean in Arab countries and who serves that intervention?

The first to take advantage of the current situation in our Arab region is a Zionist entity that seeks to impose control over all Arab territories and controls the economies of Arab countries in terms of mineral wealth, river water or distinctive geographical location, which is evident in Palestinian lands and Syria and Lebanon. they want land occupation and more, and side by side. There is no doubt that there is Iranian-Turkish coordination and cooperation aimed at cutting off parts of the territories of some Arab countries through intervention in the aforementioned Arab internal issues.

What is the plan to fully control Arab countries?

I believe that the Arab world has weakened after tying agreements with the Zionist entity, calling for peace agreements that began at Camp David with the largest Arab country with military power and political influence, the Madrid Accord in Egypt a few years after the Palestinian Authority, and the Wadi Araba agreement with Jordan. All these agreements did not serve Arab interests, but the Zionist entity is the biggest beneficiary, as evidenced by its expansion in the Palestinian territories, the establishment of settlements and the expulsion of Palestinians.

The question that arises is: what is the purpose of other countries ’intervention in Arab issues, and what is the intention for this? Iran wants to control Iraq, Syria, Lebanon and Jordan; In order to have a political moon loyal to him, this has been repeatedly stated by some Iranian officials, and the other side, Turkey, wants to intervene in Syria to cut parts, especially along its borders, as well as in northern Iraq and Arab North Africa. , especially in Libya, because troops were sent to him. The military is fighting one of the parties to the Libyan conflict, and the importance of Libya in Turkey to be close to the southern coast of Europe and to be a pressure card for European countries, especially on the issue of illegal immigration from Africa to Europe.

This policy is based on interference caused by some Arab countries to the control or weakening of the two largest powers in the Arab world, namely Saudi Arabia and Egypt. The former has economic, political and religious power, which has become one of the most influential countries in the region of Alava, weakening security and stability and attacking from abroad. The use of missiles and remote drones by Yemen and Houthis to attack unrest in Saudi cities and strategic areas, such as Qatif, and the capital Riyadh, all with the help and funding of Iran, and statements by Iranian enemy officials confirm this to Saudi Arabia. .

Another goal of controlling the Arab region is to weaken Egypt politically, economically and securely, which is the case when armed groups carry out military actions against Egypt in the east of the country, Sinai in the south, while the Ethiopian Renaissance dam is threatening Egypt’s national security. and is used as a card. The pressure to weaken Egypt, where the pressure on the Nile water flow depends on several countries, including the last station on the river’s edge to pass through Sudan and end in Egypt, and both countries will be affected by this dam.

As for the third threat that threatens Egypt, it comes from its western border, Libya, which has become a scene of military conflict between Libyan countries backed by more than one country, including Turkey, which has strengthened its military presence in that Arab country, and foreign forces in Libya. presence and instability there. A threat to Egypt’s national security, as it will help many to safeguard the security and sovereignty of their lands.

In the end, we conclude that all these problems in our Arab region have mainly been plagued by conflicts between Arab countries for decades, and that they have used the foreign element in this, depleting these countries and damaging the economy and national security.

Given this Arab rupture and foreign intervention, the Arab world is in a state of vulnerability and is called sick, and I urge the Almighty to guide the leaders of Arab countries to resolve their differences and strengthen relations between them, a force that will prevent others from intervening in Arab affairs. and that no Arab country believes that it is far from the danger that could come from any place or time, and that Arab countries should take the lead and maintain their cohesion and cooperation in order to become a strong and influential nation in this world and recover from its disease and patient quality. is removed.