When Donbass artillery was used, a soldier from the Ukrainian Armed Forces was wounded 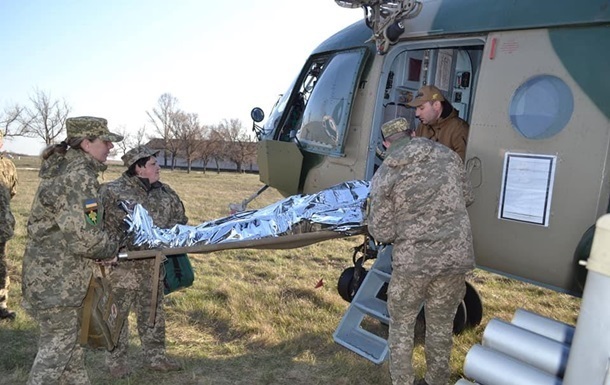 The wounded soldier was hospitalized

The shells did not pose a threat to the lives and health of Ukrainian defenders, so they did not return fire, the JFO headquarters explained.

On the last day, separatist units in Donbass twice violated the ceasefire. A Ukrainian soldier was wounded on Saturday, December 5, according to the press center at the headquarters of the Joint Forces operation.

Near Luhansk, it was reported that a Mixed Forces soldier had been shot as a result of an enemy sniper fire. The fighter was given first aid and hospitalized.

The headquarters also stated that near the Vodyanoye area, the enemy was firing in the direction of Ukrainian positions from 122-caliber artillery systems and 120-caliber mortars.

Since the beginning of this day the enemy has once again broken the ceasefire. So not far from the village of Shuma, the enemy fired at automatic rifle launchers, hand grenade launchers and small arms.

The headquarters assured that all the shots did not pose a threat to the lives and health of Ukrainian defenders, so they did not return fire.

We recall that on December 3, nine attacks by separatists were recorded in Donbas. At that time, the Ukrainian Armed Forces fighters did not suffer.