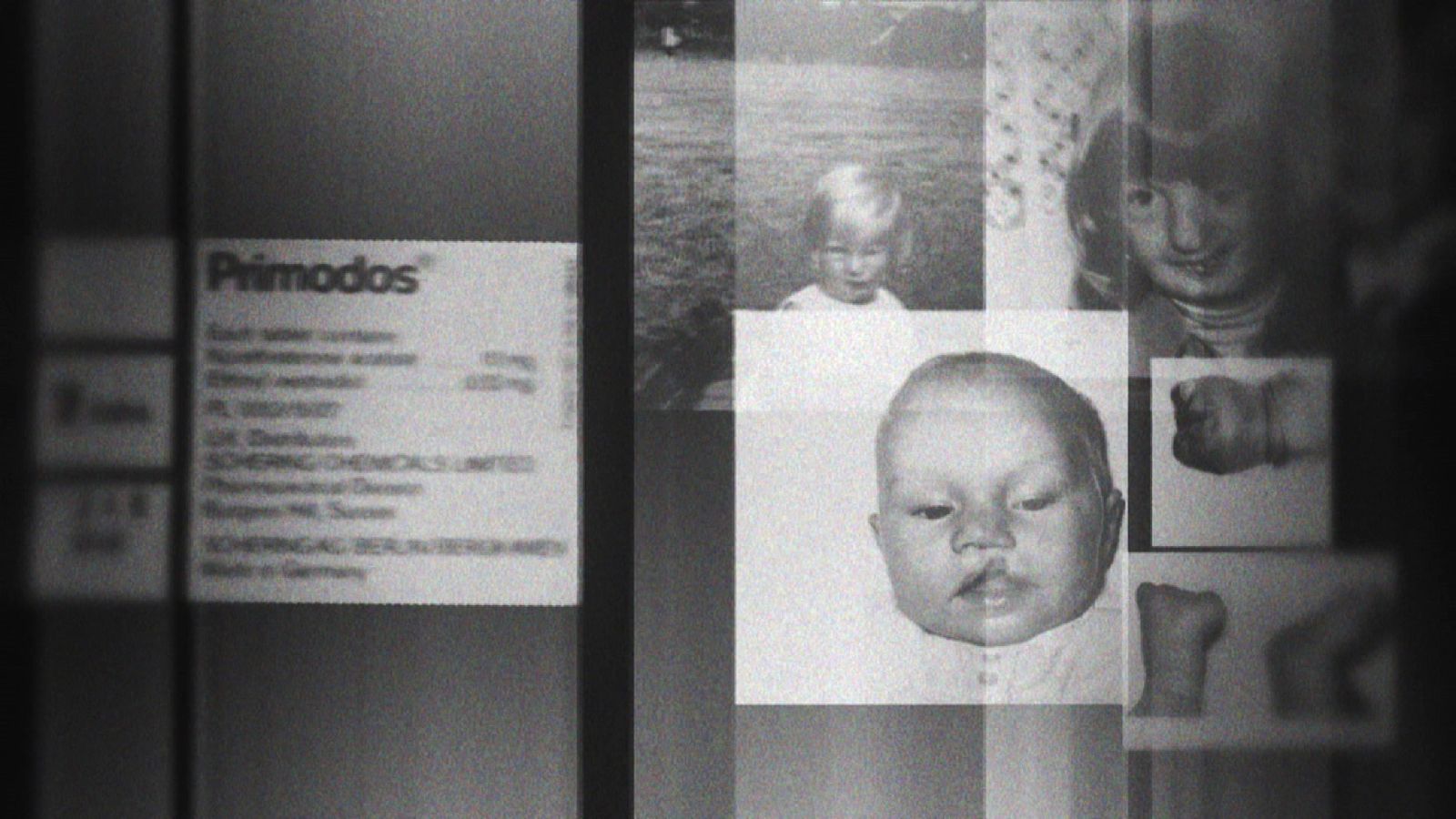 A ground-breaking study from Oxford University has linked the pregnancy test drug Primodos to malformations in babies born to mothers who used the drug.

Sky News may also reveal a former employee at the drug manufacturer was advised not to use Primodes by a doctor working at the company, while it was still being offered to the public.

The drug was made up of two pills which would induce period in women who were not pregnant.

Sandra Malcolm became pregnant while working as a receptionist for Schering in Burgess Hill. She says she was told by a doctor at the company: "I can not give it to you because it may not work and it can cause deformities."

This happened seven years before Primodos was removed from the UK market in 1978 over fears that it could harm the foetus.

Alleged victims have never been compensated and have fought a decades-long campaign to prove their children were damaged or even killed by the drug.

Now they have a new hope.

A team led by Professor of Evidence based medicine Carl Heneghan has conducted a systematic review of all previous human studies.

The Nuffield Department for Primary Healthcare Services discovered that when the data is pooled it shows "a clear association" with several forms of malformation.

In an exclusive interview, Professor Heneghan told Sky News: "What the evidence showed was that the direction of effect showed that there was an association with malformations congénites.

This new publication comes almost exactly a year after a commission commissioned review suggested that evidence was not strong enough to prove a causal association.

Sky News raised doubts about the Expert Working Group (EWG) report by overseen by the Medicines and Healthcare Products Regulatory Agency (MHRA). We discovered aspects of the report had been removed.

Some MPs called it "a whitewash."

Professor Heneghan is also critical of the EWG review.

He said the EWG did not pool all the data together and properly collate it to show a general effect.

"What has clearly gone wrong here is complete failure to do the right approach for systematic reviews.

"That was missing in the EWG's report – that's why we've done that piece of work and actually put it out there so that people can look at it and come to their conclusions about what the balance of probability is."

I added: "Once you start looking at more specific malformations, you begin to see the threshold that is doubling the risk which UK law courts say but for this would not have happened."

Sandra Malcolm, who worked as a receptionist for five years at Schering in Burgess Hill, says the manufacturer, which is now owned by Bayer, should admit its failings.

While at the company in 1971 she discovered she was pregnant and spoke to colleagues at work.

She said: "I was in reception one day and there were two guys there. One could have been a medical rep and he said to me" you want a dose of Primodos "and the other said" I think it's been taken off the market , and the other one said 'no, you can get it'.

"So with that information I went upstairs to see one of the doctors. I said I'm a week overdue and can I have some Primodos? And he said 'I can not give it to you because it may not work and it may cause deformities', so I thought that was not defined. "

Mrs. Malcolm says that after the conversation she decided not to take it "for obvious reasons" and that she just assumed it was not in the market.

It was many years later when she saw a report about Primodos causing deformities and she was shocked to discover that it had remained on the market.

Mrs. Malcolm's interview is among a compilation of evidence that Sky News has submitted this week to the government's Independent Medicines and Medical Devices Safety Review, which is re-evaluating the safety and regulation of Primodos.

The manufacturer who took over Schering, Bayer told Sky News: "Bayer is aware of the ongoing Independent Medicines and Medical Devices Safety Review. This follows a review by an independent Expert Working Group on Hormone Pregnancy Tests of the Commission on Medications Human which has already Found, consistent with Bayer's view and based on all available data, that the scientific evidence does not support a causal association between the use of hormone pregnancy tests, such as Primodes, and birth defects or abortion. "

An MHRA spokesperson responded to the Oxford University study saying: "This publication, which is currently awaiting peer review, does not contain new data. It is a different approach to the analysis of existing data observational history that was reviewed by the Commission on Medications for Human Use 'Expert Working Group on Hormone Pregnancy Tests.

"The review by the Expert Working Group was comprehensive, scientifically robust and independent. Based on the totality of the data, the review concluded that evidence available did not support a causal association between the use of HPTs such as Primodos during early pregnancy and birth defects or miscarriage.

"In line with our commitment to review any new evidence, we will be consulting independent scientific experts for their views."