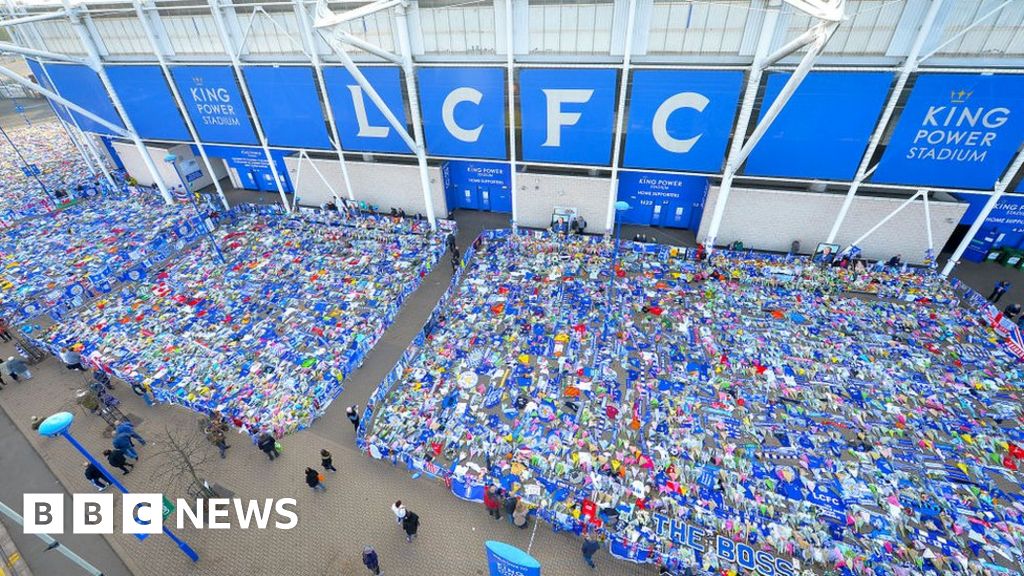 The Duke and Duchess of Cambridge will pay tribute to the victims of the helicopter crash outside Leicester City's stadium on a visit to the city.

Club chairman Vichai Srivaddhanaprabha and four others died when the aircraft came down on October 27.

The couple will visit the crash site, meet players and hear about charities supported by Mr. Vichai later, before heading to the University of Leicester.

Prince William has said he was lucky to have known Mr. Vichai for several years.

Prince William and Catherine will meet members of the club's staff and volunteers who helped relocate the thousands of tributes from outside the King Power Stadium.

During their visit to the university, they will hear about some of the educational programs the club has helped support, including a donation of £ 1m from Mr Vichai in May to help finance research and training.

Prince William, who is president of the Football Association, personally knew Mr. Vichai and previously described him as a "dedicated man to his family".

Leicester City vice president and Mr Vichai's son, Aiyawatt Srivaddhanaprabha, said it was an "honor" to welcome the royal couple to the King Power Stadium.

He added: "For their Royal Highnesses to visit the city to pay their respects personally is a remarkable gesture of compassion to the families of those who lost their lives, to the staff and players of the club and to the people of the city whose lives were touched by my father. "

Initial findings show that the helicopter did not respond to the pilot's command, the Air Accidents Investigation Branch said earlier this month.