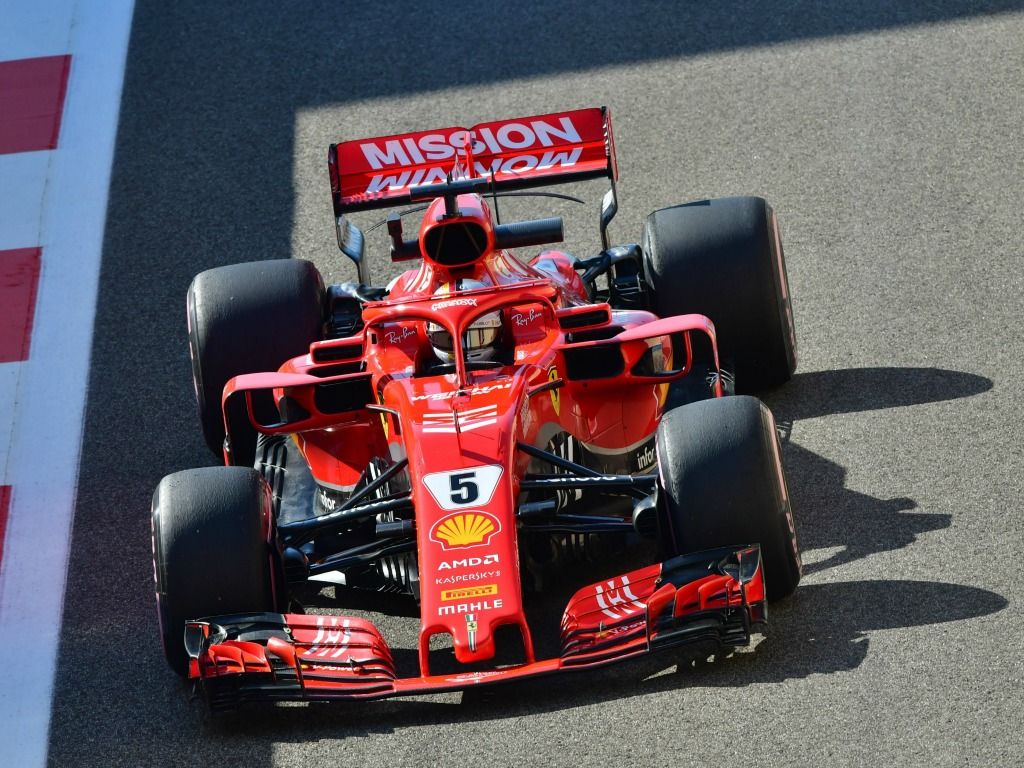 Sebastian Vettel set the fastest time on the first day of the Pirelli post-season tire test at the Yas Marina Circuit.

The test is for the teams to see the similarities and differences between the Pirelli rubber from 2018, and their counterparts for the 2019 season.

Two teams changed their drivers at the lunch break, with Robert Kubica coming in for the afternoon session at Williams in place of George Russell.

Lance Stroll had his first outing in the Force India ahead of his expected move, replacing Sergio Perez after the morning running.

Valtteri Bottas had the fastest time at lunch, but Sebastian Vettel usurped the Finn, and was the only man to dive below the 1:37 mark in Abu Dhabi.

It was Lance Stroll who was closest to the top two, just a couple of tenths slower than the Mercedes. A good move for 2019 then?

Max Verstappen did not manage to go faster in the afternoon, with Sergio Perez in P5 for the day after his 61 laps this morning.

Lando Norris took the best of the F2 drivers spot ahead of his F1 debut in March. Nico Hulkenberg was the last man within two seconds of Sebastian Vettel's time.

Pietro Fittipaldi ended the day as the eighth fastest, and only managed 55 laps across the day as his Haas needed a power-unit change early in the day.

Robert Kubica got the better of his Williams team mate George Russell. The pair did 74 laps between them for the Grove team.

Kimi Raikkonen just got past the century mark before his Sauber broke down, ending his running. I finished in P11 for the day, with Sean Gelael last of the runners in the Toro Rosso.

The Indonesian driver managed the most laps around the Yas Marina circuit, though, completing 150 tours.

Five other drivers did more than 100 laps, with Stroll and Perez getting over the 100 mark accumulatively for Force India.