Shoreditch stabbing: More than £ 10,000 was raised after father brutal murder of his youngest family 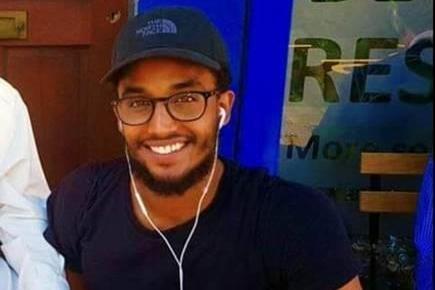 More than £ 10,000 was raised after the family of a young father, brutally stabbed "after trying to break an argument".

The two-father was attacked by two men before the collapse of the Rolling Stock club away, at Kingsland Road, around 6.30.

A page was created a day ago, read: "My best friend and brother died tragically on November 24.

"His death was shocked for everyone, and he left behind his two children. Zakaria Sharif-Ali was a father, son, brother and close friend.

"He recognized his character and personality as an impression for everyone – his personality, sense of humor and support, and everyone who knew friends, touched him, whether he had met once or not.

"Zakaria is a child whose son and wife's wife Zakaria is dying to kill his father and husband. His family is silent.

"The death of a child is traumatic, and I want to make an effort to alleviate the burden of financial burden in the mental and physical way to the whole family, which is why I have to worry about it.

A writer wrote: "I met him twice and still remember his character. I was surprised and injured, with whom his brother died. I have nothing to say but to pray to his family."


Mr Sharif-Ali's sister, Bush, said the standard was popular in the community.

He said: "He was a good community man, a good friend, husband and son, who made everyone around him, he worked in Gambia and in religion.

"There were eleven friends who came home. He was a good man, he did not deserve."

He said he was involved in a brother fight, adding: "he stepped into step, that's what we know the police say, and that's the guy.

Here is the crowdfunding page here.