Get ready for a bunch more baby Bakers 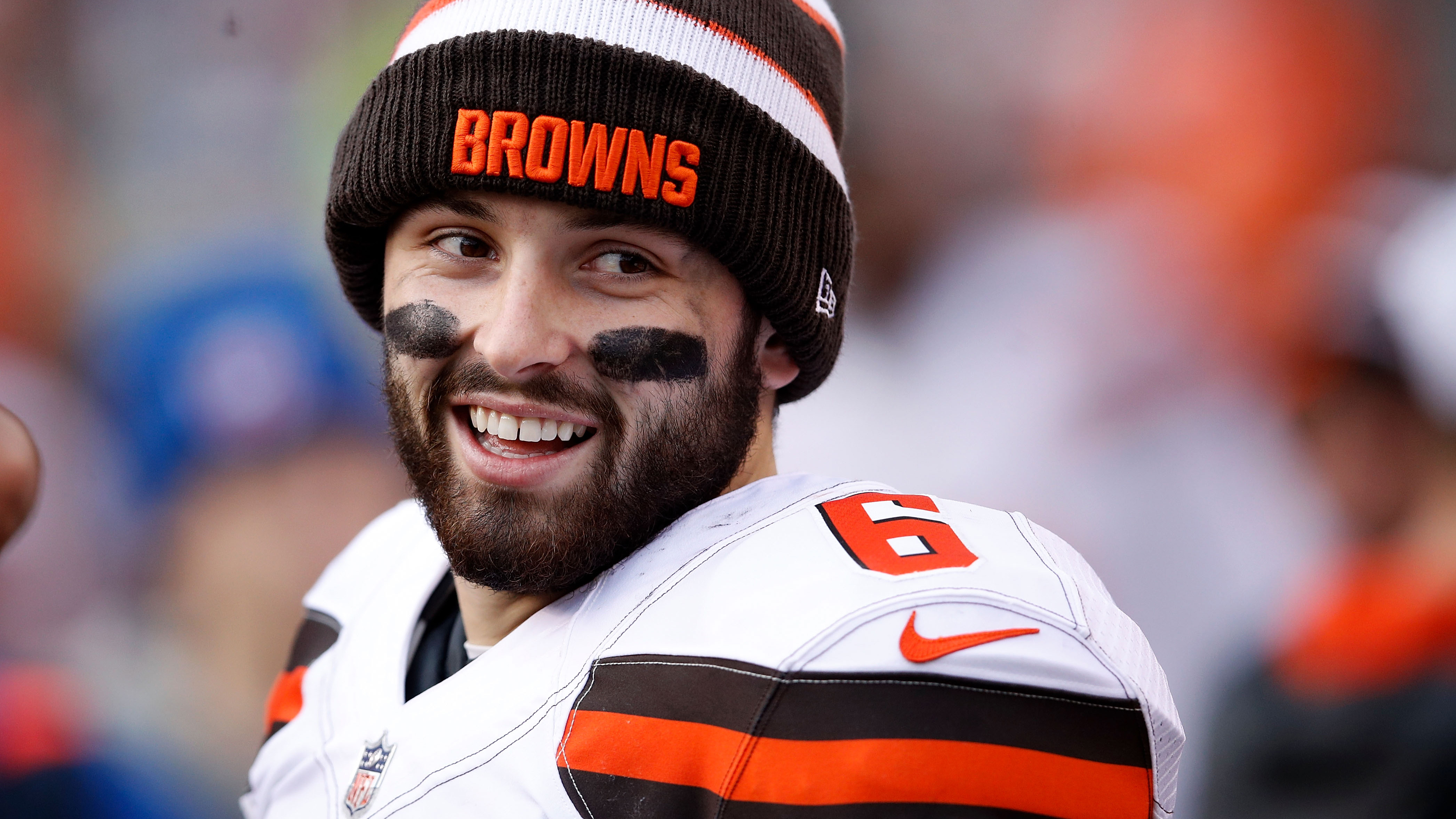 Baker Mayfield had perhaps the best game of his short NFL career on Sunday, passing for four touchdowns in a Browns win over the Bengals. One of the first things he did after coming off the field was retweet to a fan who said his wife had agreed to name their son after Mayfield if they got the precious retweet. A deal is a deal.

It turns out lots of people named their kids after Baker Mayfield, including at least one born before his Heisman-winning season.

I can surely understand Sooners fans naming their kids after Mayfield. He had a great college career and his Oklahoma legacy is already etched in stone. But if I was in Browns fan I'd be so traumatized by decades of quarterback disappointments that I'd probably wait more than nine games before rushing to name my kid after the latest guy on Cleveland's long list of QBs. I guess if things go south you could always pretend to be a big fan of the former NBA center Vin Baker.

Here's how Patterson described it after the game:

"[Anderson] put his sh– in my face, so I was trying to get his ass up off me, "Patterson said. "Simple as that."

He added: "I'm a grown man. I do not need nobody's ass and dick and balls in my face. "

Patterson was sneaky enough not to get called for a penalty, which means they were robbed off the opportunity for a sequel to the best call in NFL history.

It sure sounds like Kevin Faulk was totally right here

Saturday's LSU-Texas A & M game went to seven overtimes, and the insanity did not stop there. As the two sides mingled about on the field, LSU assistant Kevin Faulk was caught on camera throwing down with a man in an A & M polo. LSU offensive analyst Steve Kragthorpe, who has Parkinson's disease, told The Daily Advertiser that the as-yet unidentifed man had punched him in the chest and caused his pacemaker to go temporarily haywire. The latest twist is that The Advocate You have identified the guy in the A & M shirt as Jimbo Fisher's Nephew.

The best of YES

Will Texas Tech's next coach stay true to its Air Raid roots? … So much drama this weekend in Argentina after soccer fans attacked rival team's bus and the game was forced to be postponed. … Who deserves college football's final playoff spot: Oklahoma or Ohio State?

Around the sports world

The Kent State Men's Basketball Team has the first ever Division-I recruit diagnosed with autism. … Jalen Ramsey got beat by Josh Allen but he's not ready to say Allen is not "trash." … No love lost between Baker Mayfield and Hue Jackson after the Browns beat the Bengals.

This should not have been touchdown

Did you seriously try to dive into the end zone from the five-yard line?

Atlanta is a soccer town

This Jimmy Butler thing is working out alright so far

Joel Embiid is still the star, though

Purdue only won six games, but it made them count

Purdue completed the ultimate spoilermaker season this year, each team they beat was ranked, home on homecoming, or fighting for bowl eligibility. from r / CFB

Pay special attention to who he hands the ball to

Ohio will let you pay your taxes in Bitcoin, for some reason. … Scientists suggest a new solution to climate change: spraying chemicals 12 miles above Earth's surface to dim the sun.

This thread is extremely Canadian

Email [email protected] with any feedback or Follow me on Twitter for approximately one half-decent baseball joke per week. Bookmark this page to see previous editions of Hot Clicks and find the latest edition every day. By popular request I've made a Spotify playlist of the music featured here. Visit our Extra Mustard page every day for more offbeat sports stories.