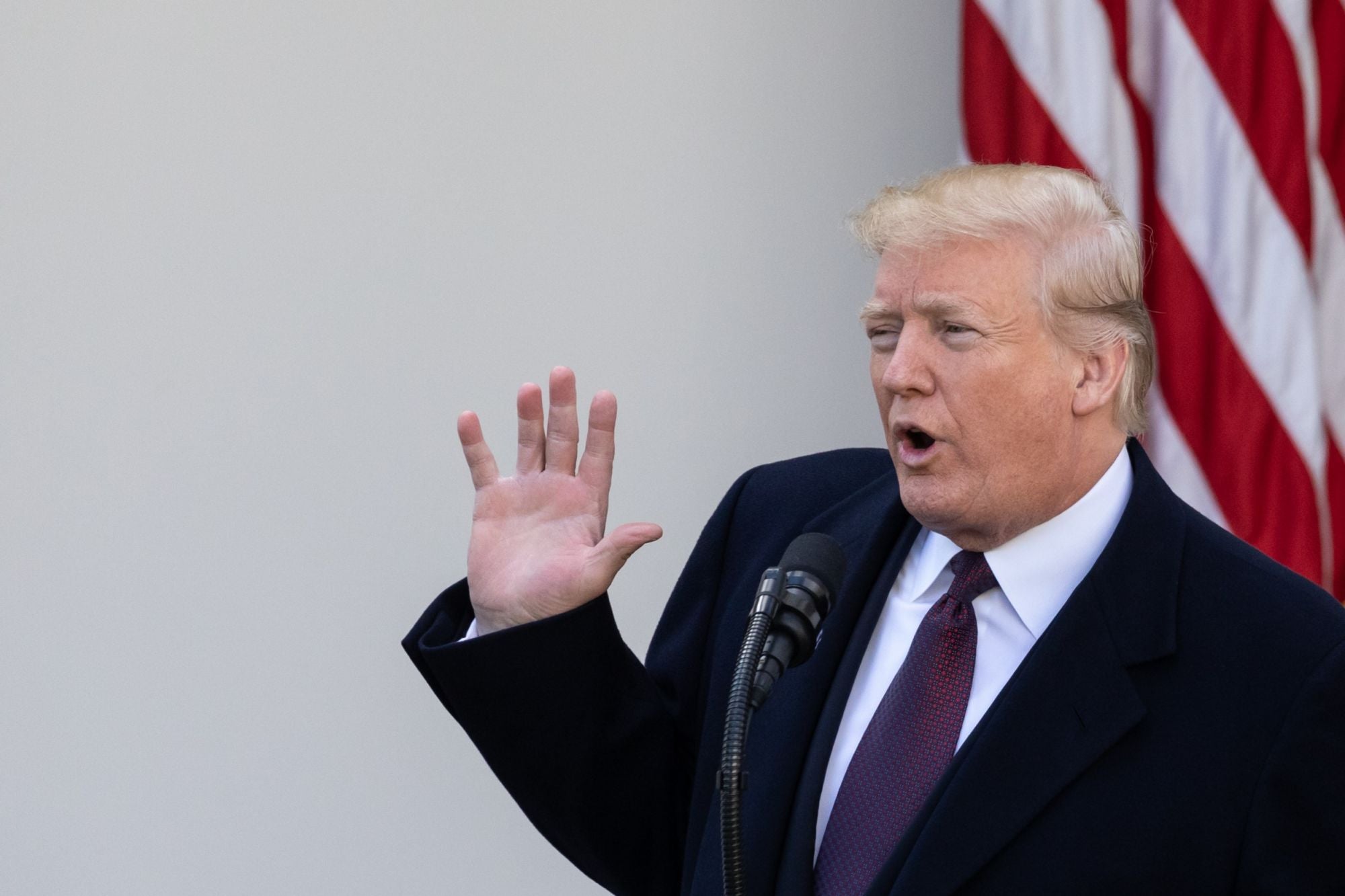 President Trump insists that climate change is not happening, but the U.S. government says it's and it's very bad.

Unless there is a herculean effort starting immediately to reduce greenhouse gas emissions, climate change by the end of the century will cost the U.S. economy, hundreds of thousands of dollars a year and reduce the size of the economy by 10 percent, according to a major climate study both released and ignored by the Trump Administration.

If this is the first you've heard of the report, that appears to be by design: It was released without fanfare the afternoon of Black Friday. The report estimates that by 2100 climate change will cost the U.S. economy $ 141 billion from heat-related deaths, $ 118 billion from sea level rise and $ 32 billion from infrastructure damage, among some of the costs. The U.S. report comes just a month after a blunt report from the U.N. Intergovernmental Panel on Climate Change that predicts severe economic and humanitarian crises globally by 2040 without what it called "unprecedented" global efforts to reduce carbon emissions.

The Fourth National Climate Assessment, which is mandated by Congress to be issued and updated every four years, concludes the effects of climate change are already playing out in extreme weather and severe cycles of drought and deluge, and will accelerate without a sharp reduction in emissions . The White House downplayed the alarming report in a statement saying it was "largely based on the most extreme scenario."

The report specifies worst case scenario is to take no action to reduce emissions or adapt infrastructure for extreme weather, which is basically the Trump climate policy. Since taking office, President Donald Trump has begun the process of withdrawing the U.S. from the Paris Climate Accord signed by almost every nation on the planet and is undoing Obama Administration regulations to cut emissions from coal power plants and automobile tailpipes. The president had no direct comment on the report except to note in a tweet it was cold last week.

Related: UN Warns Climate Change May Doom Us, but Nobel Committee Suggests Taxation Pollution May Save Us

The report, which was written by more than 300 scientists at 13 federal agencies ranging from the Department of Defense to EPA, predicted "cascading impacts" as more severe weather hammers deteriorating infrastructure. Here are excerpts of the report as it pertains to the economy:

"The Nation's energy system is already affected by extreme weather events, and due to climate change, it is projected to be increasingly threatened by more frequent and longer-lasting power outages that affect critical energy infrastructure and create fuel availability and demand for imbalances."

Rising seas will swamp the coasts.

"America's trillion-dollar coastal property market and public infrastructure are threatened by the ongoing increase in the frequency, depth, and extent of tidal floods due to sea level rise, with cascading impacts on the larger economy. … Many individual and communities will suffer financial impacts as high flood tide leads to higher costs and lower property values. "

Cities will need to rebuild

Related: Hurricanes Irma & Harvey: Leading Your Business In the Aftermath Of Disaster

Transportation will get a lot less reliable.

"The more than 60,000 miles of U.S. roads and bridges in coastal floodplains are clearly already vulnerable to extreme storms and hurricanes that cost millions in repairs. … Ports, which serves as a gateway for 99 percent of U.S. Overseas trade are particularly vulnerable to climate impacts from extreme weather events associated with rising sea levels and tropical storm activity. "

Many airports in coastal areas are also vulnerable, the report noted.

Farming will become much more riskier.

"Rising temperatures, extreme heat, drought, wildfire on rangelands and heavy downpours are expected to increasingly disrupt agricultural productivity in the U.S. Expect increases in challenges to livestock health, declines in crop yields and quality and changes in extreme events in the United States and abroad. "

And it will all happen simultaneously.

"The impacts of climate change and extreme weather on natural and built systems are often considered from the perspective of individual sectors: how does a climate change impact on the resources of water, the grid grid or the food system? None of these sectors, however, exists in isolation … management choices within one sector may have cascading effects on the others. "

The report does not say it is late, but not too late, to avoid the worst outcome and prepare for the changes that are already underway. It urges cities and states to incorporate forecasts of rising seas and severe weather into planning, zoning and infrastructure investments, which very few now do. At the extreme, North Carolina state law explicitly forbids taking into account climate change or sea level rise in coastal land use planning. It also urges tax and regulatory policies to speed the transition to renewable energy, which is directly counter to Trump Administration policies.