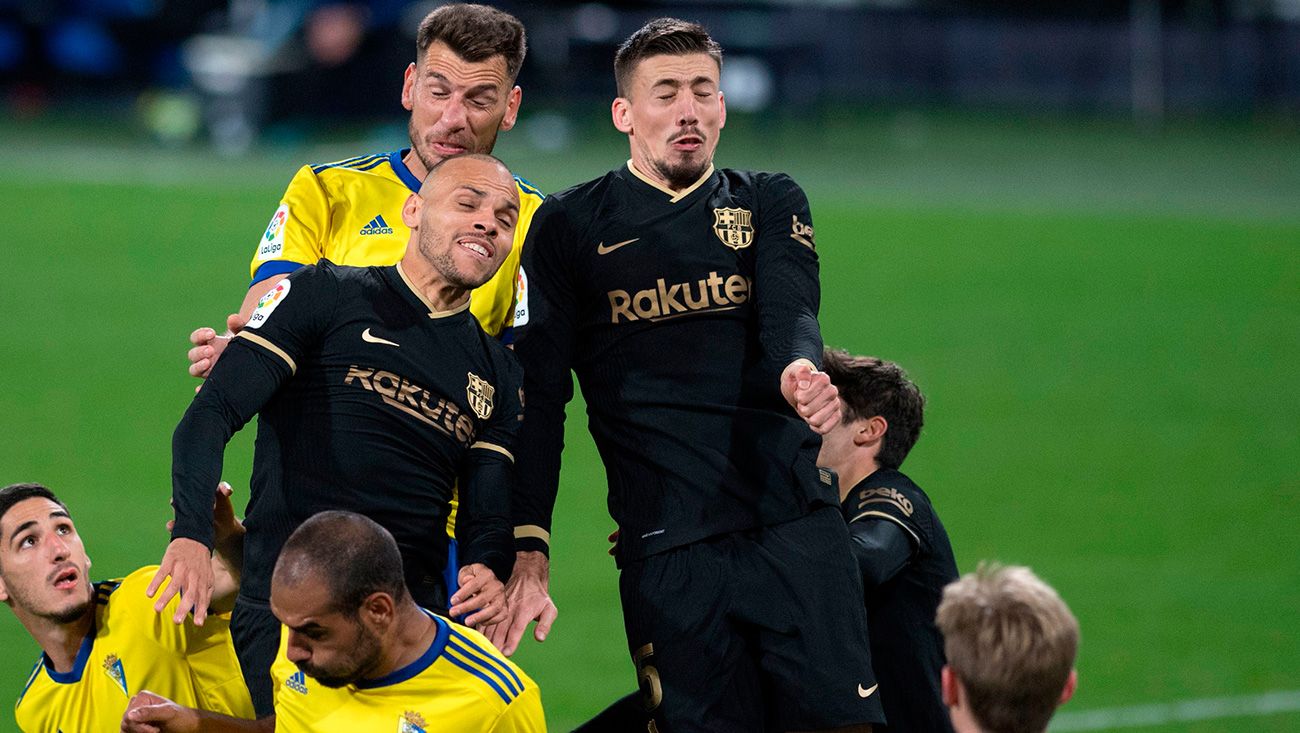 He played for FC Barcelona again another night in LaLiga this Saturday at Ramón de Carranza. The Catalans visited Cadiz, one of the biggest revelations of the league season, and fell for 95 minutes against a wall set by Álvaro Cervera. The Cadists knew how to frustrate almost every attempt at the cule and maximize the chances They ended up winning 2-1.

With this defeat, Barça is 12 points behind Atletico Madrid, The leader of the Spanish championship, and Real Madrid 6, with one more match. The visitors completed another disappointing play, especially in the first half, although with a little luck they could even get it or win it. Ronald Koeman’s men had chances to score more goals, but they came across a successful Ledesma.

The local goalkeeper was impressive at all times and avoided several goals from Barcelona fans. But in addition, the Catalans also met with the judge and the VAR, which sparked controversy once again. The Blaugrana protested 1-0 in Cádiz due to a foul on Mingueza, even though it seemed that the fight was not enough to indicate the offense, but then it was a clear punishment Clement Lenglet.

The French central defender, 2-1 in the lead and already in the second half, was caught by Alcalá, Cadista’s central defender, and ended up on the ground. It was an A the clear action the Frenchman took against Sergio Ramos is reminiscent of the Classic against Real Madrid. This time, however, the VAR decided to join and the Beauvais defender imposed a maximum penalty on the Real Madrid player, who turned the shot into a goal.

They’re two similar plays, which is even more noticeable this Saturday in Lenglet, but they ended very differently. This time, the referee needed almost 5 seconds to send the match to continue, so it was completely different from what the VAR did in the Classic. A very obvious double level, which surely angered Barcelona and Lenglet himself.

The Frenchman was constantly captured by Alcalá until he went to the ground. It’s a classic maturity for all the balls that have stopped, which almost never whistles, but which whistled last October in Barcelona-Madrid. Why one yes and the other no? That is the question that Barça fans ask themselves at this point and that is what the technical committee of the court should answer at some point.