Lung cancer is a real and worrying problem 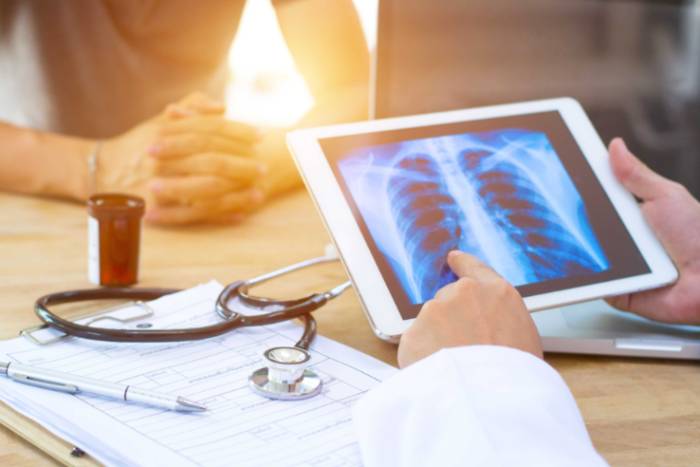 The electronic cigarette is also harmful and addictive.

In late 2005 Teresa De Jesús Rojas Valera was brushing her teeth; the appearance of blood shocked him, he let him pass, but the second time it happened he was struck by an alarm which led him to visit the doctor.

He was ordered to make a dish when the specialist revealed an astonishing diagnosis when examined. He had lung cancer, but not only that, it was very rare and there was almost no research: monophasic synoptic carcinoma.

The news was devastating for the 47-year-old, who worked as an architect and insurance broker; however, he did not worry at all and embarked on the path of healing.

He underwent treatments that did not yield good results and was repeatedly admitted to the operating room; They removed a part of the lung, an important part of the colon, the kidney and some of the buttocks and some tumors of the ankle.

For three years Teresa bravely had cancer, never giving up, but sadly passed away on August 28, 2008.

Lourdes Rojas, Teresa’s sister, accompanies her through this process and describes her as a woman with an unbreakable will and a great desire to live.

The cause of the disease is not yet known, as his lifestyle was always healthy and away from harmful substances.

Lung cancer ranks first in the world in terms of incidence and mortality.

According to the World Health Organization, in 2015 there were 1.69 million deaths due to lung cancer.

Data from the Venezuelan Cancer Society (SAV) showed that in 2019 there were a total of 4,592 deaths in the country caused by lung cancer, which suggests at least 13 deaths per day from the aforementioned disease; a total of 2,701 men and 1,891 women.

SAV director Juan Saavedra and a pediatrician explained that 80% of these cancer deaths are related to smoking.

Cancer is understood to be a disordered multiplication of cells in the body, when it occurs in the lungs it is called lung cancer.

It is usually grouped into two types: small cells and non-small cells (which is the most common), these classifications refer to the appearance of cancer cells under a microscope.

The main cause of this disease is tobacco smoke, but there are other risk factors such as exposure to carcinogens, the radon effect and genetic predisposition.

Every November 17, World Lung Cancer Day is commemorated to raise awareness and awareness on this issue.

Carla Romero tells the story of her aunt Francisca Victoria Romero, who died of lung cancer at the age of 68.

Francisca started smoking at a very young age, never thinking that this would affect her in the future. He had difficulty breathing at the age of 66, each time the problem was revealed, so he decided to go to the doctor and the diagnosis was lung cancer.

It was a big surprise for him and his family. Although doctors tried to do everything possible to save him, the disease metastasized, affected the vital organs and caused his death.

Experts say that being in a condition that gives no symptoms until the advanced stage is almost never detected in the early stage, this significantly reduces life expectancy.

Some of the following symptoms may include: respiratory ecstasy (dyspnea), cough, fatigue, chest pain, blood cough, tingling, or weight loss for an unknown cause.

Treatment will depend on the type of cancer and how widespread it is. People with small cell lung cancer may be treated with surgery, chemotherapy, radiation therapy, direct therapy, or a combination of these treatments.

Pulmonologist José María Rizzo explains that the most important step in treating lung cancer is to stop smoking and lead a healthy lifestyle.

It also highlights the need for early detection; therefore, it is recommended that anyone who is a smoker, who has suffered from tobacco smoke or a history of lung cancer, go to the doctor for an examination.

The specialist makes a warning, explaining that the use of electronic cigarettes and hookah is also harmful to health and can lead to lung cancer and other ailments.

This year’s WHO campaign against tobacco use is aimed at dismantling the tobacco industry that is trying to catch young people through misleading advertisements.

Get the information immediately on your mobile phone. Join the Diario Primicia group on WhatsApp via this link: https://chat.whatsapp.com/F8uA0zT8ho4ChOprPUU6lh

We are also in the Telegram as @DiarioPrimicia, go here https://t.me/diarioprimicia