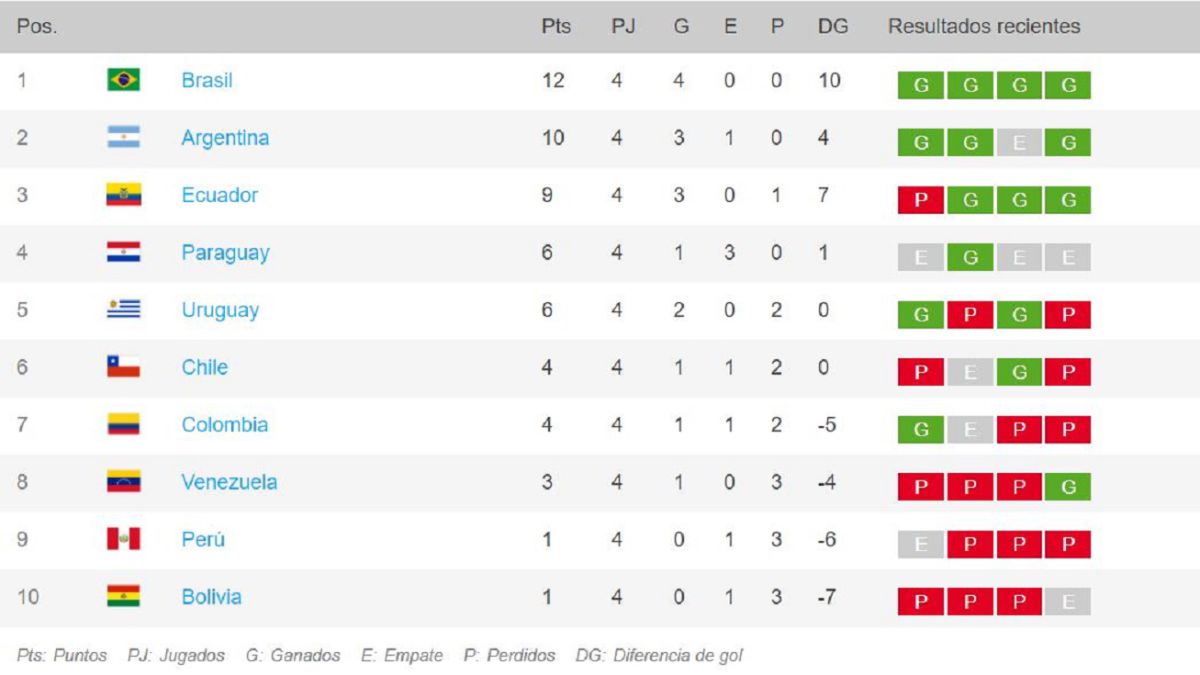 The fourth round of the South American playoffs is over If there is one thing that does not change, it is the regularity and strength of the Brazilian national team. The Titans scored three points on their complicated visit to Montevideo despite the notable absence of his arrival and without playing brilliantly He already has 4 straight wins at this start. Uruguay lost two and lost two.

After Canarinha is already Argentina. Scaloni has given Albiceleste solidity, winning three games and drawing one and this was revealed in the victory achieved at Lima Peru, which does not yet know victory and barely adds a point to Qatar in this early 2022 World Cup qualifier.

Ecuador is a big surprise so far after winning three of the first four rounds and with a Colombia that has been hit hard by the storm after the last two days and He conceded 9 goals in four days.

Paraguay has added another draw and remains undefeated Chile, on the other hand, maintains its irregularity and adds 4 points after falling against Venezuela. La Vinotinto and Bolivia debuted with the first points In these classifications.