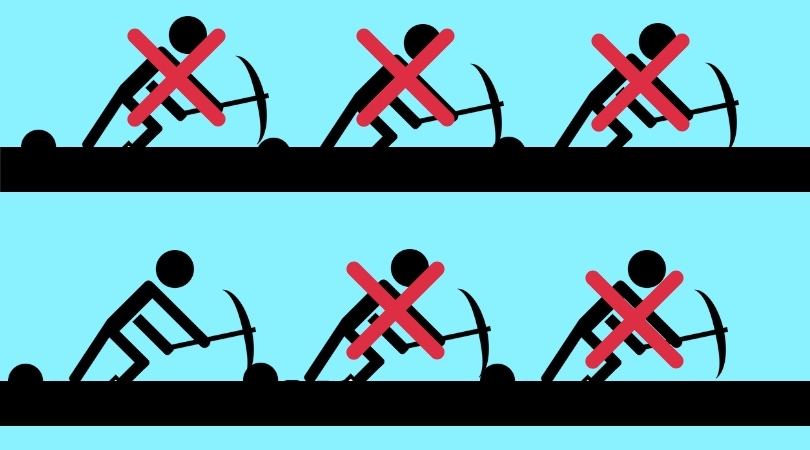 Among the associated reasons is the fall in the prices of the digital currency, the low profitability offered by the hardware manufactured between 2016 – 2017 and the increase in the costs of electricity in China due to the arrival of winter.

A report published by him pool mining F2Pool indicates that between 600,000 and 800,000 miners Bitcoin They have stopped operating their devices in these two last weeks of November, which has attracted the attention of the community due to the implications this could have for the operation of the network.

In this regard, the founder of F2Pool, Mao Shixing, commented during an interview by the team CoinDesk That the calculation made comes from data from various sources, among which the records of the fall of the HASH present in the network and the losses reported by operators of older devices in light of the fall in prices of Bitcoin

One of the sources from which most of the information was extracted is the portal Blockchain.info, which provides data associated with the operation of the network Blockchain of Bitcoin, publishing indicators such as the level of HASH and the degree of congestion. The reflected data indicate that the power of HASH has fallen from 47 million to 41 million TH / s, registering the abrupt fall between the days 10 and 24 of November representing this a decrease of 13%

In this regard, Shixing explained that this was because many of the operators used older models for this activity, such as devices Antminer T9 – manufactured by Bitmain – and the AvalonMiner 741 – elaborated by Canaan Creative This happens because those models add an estimated 10 TH / s, which generates losses in light of the current price of Bitcoin

At the level of F2Pools, Shixing reported that the volume of operations has fallen quite strong these past few weeks, since the rate of HASH of the network has been decreased by more than 10% in the period.

Among the factors that led to the cessation of operations, Shixing indicated that miners with older devices are choosing to sell their hardwares to be recycled and recover to some extent the investment originally made. He also indicated that part of the whole controversy is associated with him Hard fork recently made for the network of Bitcoin Cash, As well as the fact that when winter arrives in China, the price of electricity usually increases.

Other reasons cited by the administrator of F2Pools are the existence of new more powerful mining hardware in the market, which has led to the disincorporation of the oldest ones because they are not competitive enough, which has been aggravated in the light of the fall in the price of Bitcoin, aspect that affects the mining farms that operate with devices of the years 2016 and 2017.

All of the aforementioned factors are combined at this time, which has led to operators no longer maintaining their mining devices.