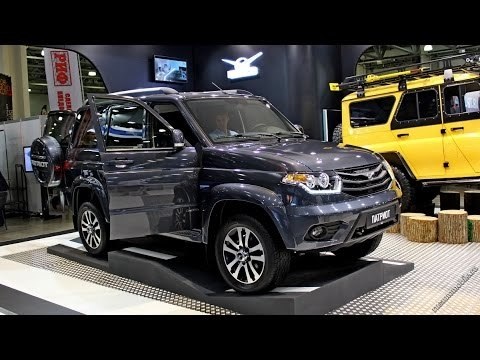 It is worth pointing out that, along with the proposal revised by the Ministry of Industry and Commerce, the number of vehicle and assembly components increased significantly compared to the previous Decision.

At the Ministry of Industry and Commerce's new proposal on the Ministry and the ministry, the Ministry proposed in 2018 to import more than 800 Russian tax-free 800 vehicles in Vietnam, 2019 and more than 900 in 2020.

If the government accepts this proposal, there will be more than 1,750 Russian cars out of 2019 without subduing import taxes in Vietnam.

In addition to the CBU cars, the proposal of the Ministry of Industry and Commerce also increased the number of imported parts of automobiles that were not sustained and lasted for one year.

Specifically, in 2020, the number of Viet Nam components for mounting unchallenged cars is more than 3,000 sets, increasing more than 500 components compared to the previous decision. On the other hand, the Ministry of Industry and Commerce proposed a car of more than 2,522 units to the Government until 2022. Regarding the 08th, it was a one-year increase.

It is known that the Protocol between the two Russian Governments of the Russian Federation and Vietnam was signed on 27 December 2017 in Hanoi for the production of motor vehicles in Vietnam. For this reason, KAMAZ, GAZ, UAZ, …) will cooperate with the Vietnamese partners to make trucks and more than 10 seats or more for the production and assembly of cars. , vehicle vehicle and some specialized Vietnam vehicles.

If the Ministry of Industry and Commerce accepts this proposal, from 2016 to 2020, the number of non-Vietnamese vehicles will be 4,300 units and more than 16,000 sets of all kinds of vehicles.

Vietnam's pickup trucks, specialized vehicles and trucks are primarily in Vietnam's security, fire protection and transportation forces. However, Russian trucks, when they work in Vietnam, will have a harsh competition between local assembled and manufactured cars like Japan's Hino, Korean Hyundai or Thaco, Kia …