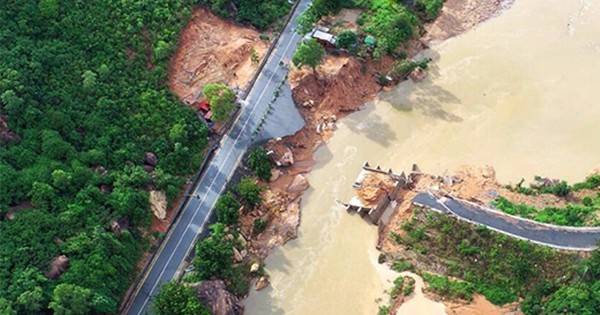 There are 300 houses in the peninsula that can not land. Many tourists from Tokyo, Sao Yé, can not return. 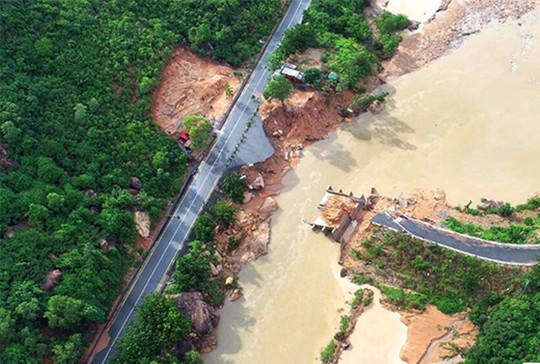 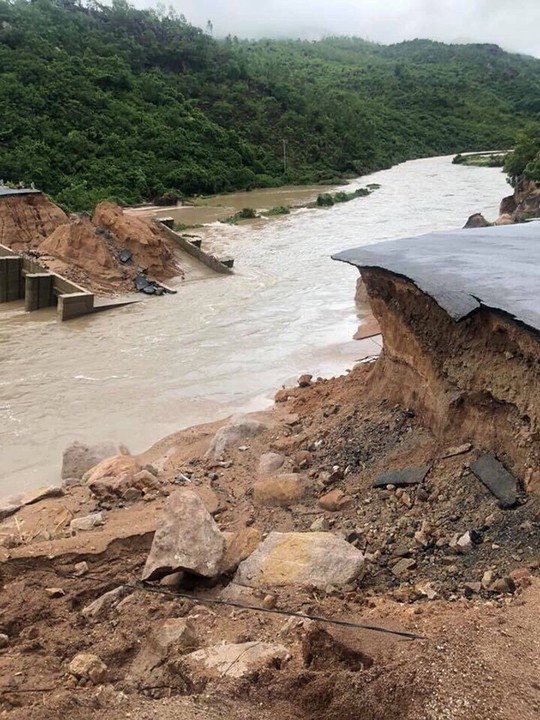 Meanwhile, Nguyen Van Thuan, a neighbor of the country said that rain was too heavy, waves were very heavy. On the third day this area is out of power. "The three pillars disappeared, the road collapsed and the collapse of the bridge could not go on, the roads on the farm are overflowing, the people sleeping on the tables and chairs. This year I have never seen heavy floods, especially oceans that were on the shore and were terrifying," said yours. 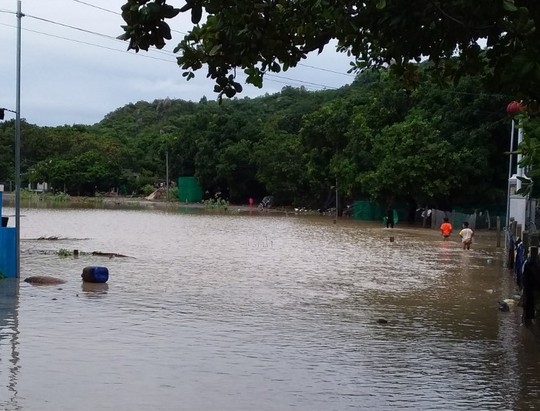 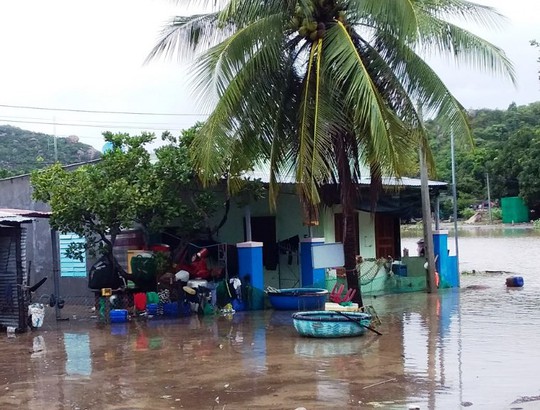 Nguyen Ngoc Son says that, to overcome the collapse of the bridge, overcoming the division of the earth, the city will direct the construction of a temporary bridge. In the future, food supplies will be made with water.

According to the Khanh Hoa Disaster Prevention and Control Commission Office, due to the impact of Typhoon 9, the entire province has a heavy rainfall. There are 4 houses in the Bo Lang village, the son of Thai neighborhood, in danger of collapse in Khanh Vinh district; serious road series of serious injuries. 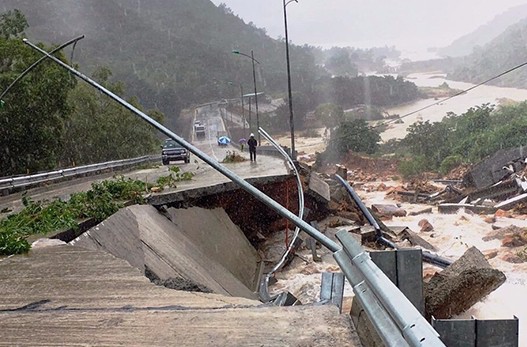 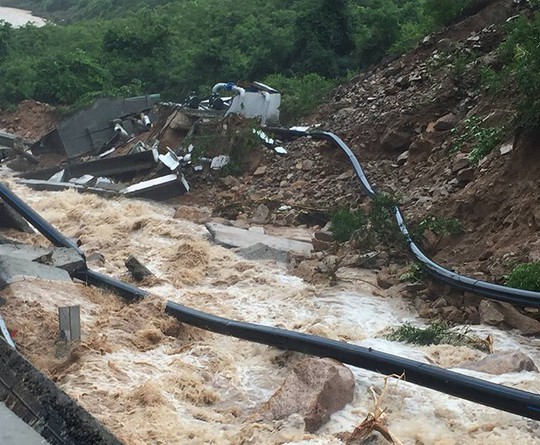 In the province of Lam Dong, due to the effect of the typhoon No. 9, floods flowing at the top of the Nhim River are flooded with a residential bridge and dozens of hectares of vegetables in the Don Duong district where plant growth is inundated. heavy According to the Department of Agriculture of the Don Duong District, according to the report from the regional municipalities, from 26:11 a.m., there were rice and vegetables over 70 hectares. 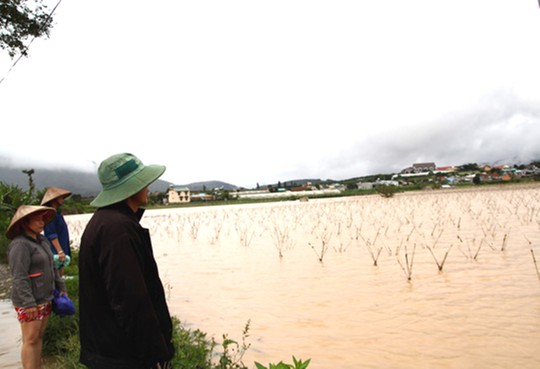 Hundreds of households can hardly see tens of this vegetable meal in Tetra's deep water shot.

In fact, water rises to the banks of the Da Nhim, and Lac Xuan, Tu Tra, Pró … are causing deep flooding in the Don Duong region. In the meantime, Mr Thieu Bridge, in Suoi Thong B (Tu Tra commune), because water is hardly steeped across the bridge, it can not go to school, the students go to school. Functional force Tu Tuc, prohibits seizing the sea to make people pass by the bridge. 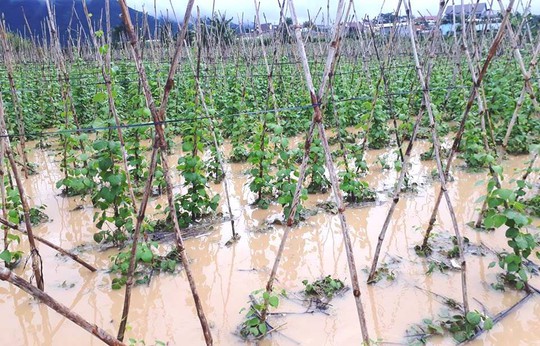 Many crops were seriously damaged.

Due to heavy rainfall, Hon Giao (also known as Khanh Le Pass, also known as Da Lat-Lam Dong and Khanh Hoa) is a displacement, the path can not circulate.