Surprisingly, the two statues rose and sat in an old 700-year-old temple

Not one, but two statues sit down

Located 40 kilometers from the Hai Phong town center, the Vinh Bao district is the city of red flower Phoenix. In addition to the relics of the temple of Nguyen Binh Khiem, this place is also known as the Bao Ha ancient temple in the city of Bao Ha. 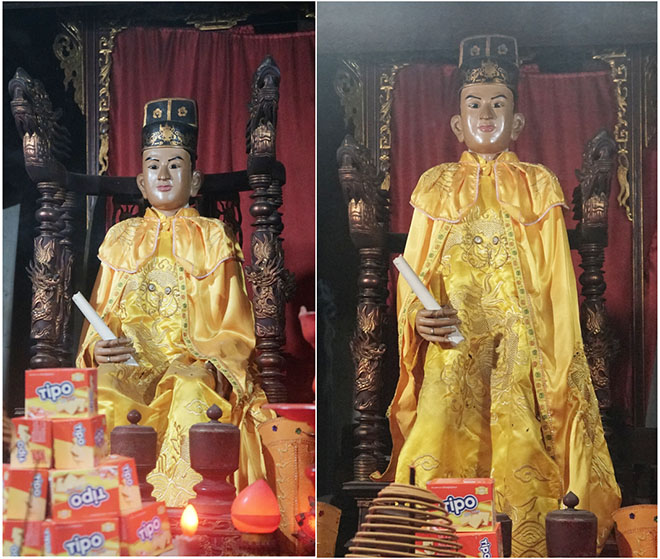 Go to the beginning of the Bao Ha, the sound of wood and cords is a popular craftsmanship. Alongside the village road, the stack of amazing woods are waiting to be crafted by talented craftsmen.

In rainy days, we are in the middle of the northern tip in the spring, in the town of Bao Ha. The ancient temple is next to a wide road near the center of the town. The door of the temple is quite large and beautiful and seems to have been recently renovated. There are some phrases in the Column column in the Portal column, there are notable black letters. 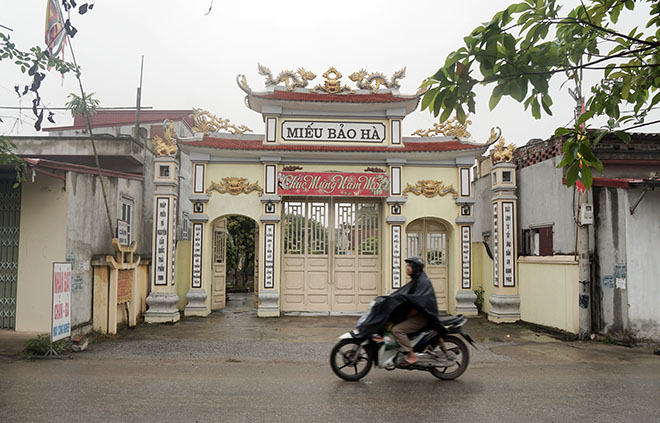 The Bao Ha temple is more than 700 years old and is an ancient sacred temple.

Mr. Dang Van Thanh (70 years old), a soldier of the Bao Ha temple, said that there are still people or tourists who still visit the temple for a few days, but due to rainy days, they are missing more.

Take him to visit the temple, which Mr. Thanh introduced, the Bao Ha temple also has another name for Tam Xa Linh Tu. The reason for this name is XIII. From the end of the century, the temple was built by Ha Cau, Bao Dong, and Mai An.

In the days of Le and Nguyen … the temple was gradually restored and expanded. King Thanh Thai (1889-1907) was the last restoration during the reign, so today the temple has more architecture styles in Nguyen.

When Song invaders invaded our country, Prince Linh Lang ordered the soldiers to fight against the enemy. During an operation, he went to Linh Dong (Bao Ha village) to build a military post, to train soldiers and hire troops.

The strong fight against Tong's Nhh Nguyet River (current river Cau) was sacrificed to Prince Linh Lang. Later, to celebrate his gratitude, the people of Bao Ha built a temple to worship the old worshiper. 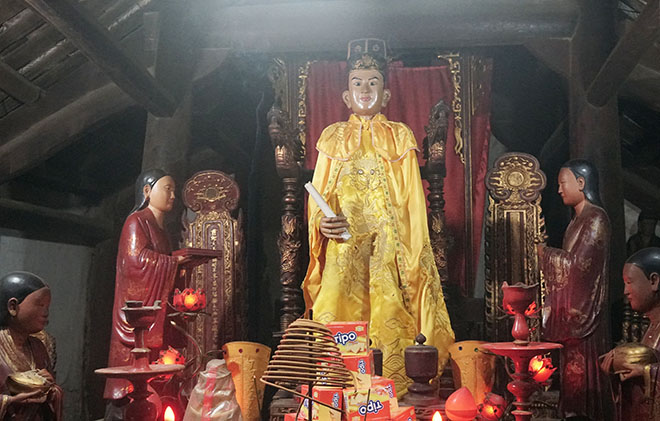 Then the citizens made a sculpture to worship. His landmark sculpture and landmark art of puppet land, talented craftsmen created a "one and two" statue and was able to stand up.

"Many people believe that there is only one statue in the temple, but there are actually 2 pho. However, the only pho is revealed to everyone to admire," said Thanh from Thanh.

According to Mr. Thanh, during the French war, the first statue was damaged. Today, the statue remains in the harbor of the sanctuary, but it is covered with red scarves, only accessible to the elderly people of the area.

In 1991, the Bao Ha temple was approved as a relic of historical nations. Since then, the citizens have decided to play the ancient statues Dai Vuong Linh Lang. This statue is also situated in the harbor, but it is used by visitors. For those who need it, after the event, they will see the place where they are standing and seated.

Decipher the mysterious statue as a real person

The statue of King Ly Linh Lang, of the Bao Ha temple, has a height of 1.7 meters, its beautiful and beautiful face, Binh Thien hat, whose body is in Long Co, sitting on the throne, holding a letter. Next to the statue 4 is located in front of beauty, the front is a writer, worshiped by the martial officers.

The state can stand up and sitting Bao Ha is a strange and curious creation of state citizens. The locals think that the statue is a local treasure.

According to Mr. Thanh, the secret of the King Ly Linh Lang movement is in the harem harbor. Ancient artisan sculptors combined state art and small art, boosting the transmission system between the door and the legs.

Closing, when the harem door opened, the statue stood up and sat down, because Mr. Thanh only had the door he had key. In addition to the peculiarity of King Lin Linh Lang, the temple Bao Ha is also very sacred, so many people often worship.

Mr. Thanh also revealed before the statue that there is a well, one meter in diameter, called the "dragon's eye". In a time when grapefruit fell into the well, grapefruit could be far away from the Vinh Trinh river to 500 meters. But now, because people create many houses, only 30-40 meters away from the lake would leave pomelo fruit. 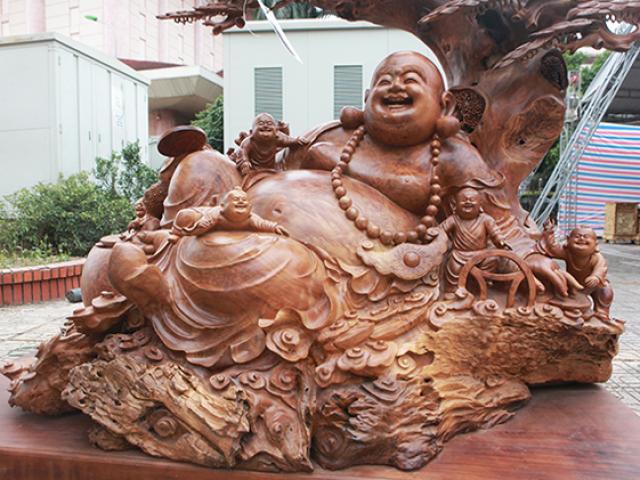 Three Buddhist statues made of solid wood, which have been stoned for thousands of years. Gia Lai is selling …